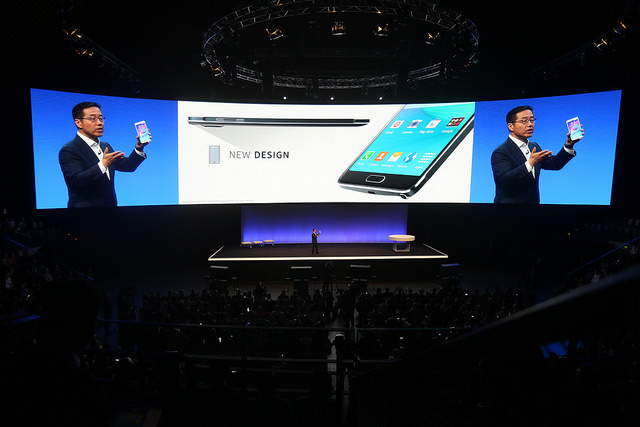 Samsung Galaxy S6, Samsung’s supposed next flagship smartphone, is rumored to take the screen innovation of the newly-released Galaxy Note Edge. The South Korean conglomerate is expected to introduce its 2015 flagship smartphone in the next quarter, and has now filled the tech rumorland with leaks about the successor of Galaxy S5.

Samsung has been using the Mobile World Congress event to introduce its new flagships. The 2015 MWC is set in March in Barcelona, Spain. It is noteworthy that the next generation of the Galaxy S series is rumored to come in two variants – Samsung Galaxy S6 and S6 Edge.

After some challenging times since the launch of Galaxy S5, which is seen as having only few updates over its forerunners, many fear the Galaxy phablet maker will go the way of Nokia and BlackBerry. However, the company is said to have the next smartphone in the works, with the internal code “Project Zero,” which implies it starts from “scratch” for its design.

However, the leak which the reliable Sammobile has gathered, says Samsung Galaxy S6 will have the appeal of Galaxy S3 and S4, with the Samsung Galaxy S6 Edge model taking the innovative screen of the Note Edge, where there is another screen on the right edge of the device, independent from the main screen. It has shortcut controls as well as app widgets, such as, displaying the weather and new emails all the time, while the main screen is running games or playing videos.

Just like Samsung Galaxy Note 4 and Note Edge which have similar hardware under their hoods, S6 and S6 Edge will launch together, but will showcase the design skills of the South Korean titan. Tech pundits expect the Galaxy S series to feature quad HD screens of 2560 x 1440 resolution and curved for the Edge model, Snapdragon 810 by Qualcomm or the Samsung 64-bit Exynos 7420 for its processor. Most likely, they will come with a 16 or 20-MP main camera, 5MP secondary camera, 32/64/128GB internal storage, plus the new sensor of Broadcom – BCM4773. The S6 chassis is said to transfer to unibody aluminum.

Samsung and Apple are both leaders in the smartphone game while Apple enjoys a great 2014 with its release of iPhone 6 and iPhone 6 Plus in September. Right after the two devices debuted, demand is steadily high and the Cupertino-based iPhone maker has been ramping up production. Furthermore, Apple’s new handsets are among the leaders during the recent Black Friday and Cyber Monday pre-Christmas holiday sale.

Meanwhile, Samsung is in helm in the phablet department since it introduced the first Galaxy Note in 2011. The Asian smartphone maker maintains its lead by releasing the Note 4 in October and its first device to have the new state-of-the-art curved-display, Galaxy Note Edge, in November. As Samsung Galaxy S6 is the one in the pipeline now, it is likely the best candidate to carry on the curved-edged display and become a good contender for iPhone 6. After all, Project Zero where the two phones will emerge from, is aimed to bring the good times of Samsung, such as those brought by Galaxy S3 and S4.

Since the curved edge display is still an infant technology, it is predicted S6 Edge will be in select markets only, and will be lesser in number than S6. If the rumors come true, and Samsung Galaxy S6 will take the screen innovation of the Galaxy Note Edge, it will show Samsung’s serious commitment in trying something radical to stay competitive. The internal code “Project Zero” is predicted to produce the biggest evolution so far, of the entire Galaxy line.