Spectre to Be the Latest James Bond Movie 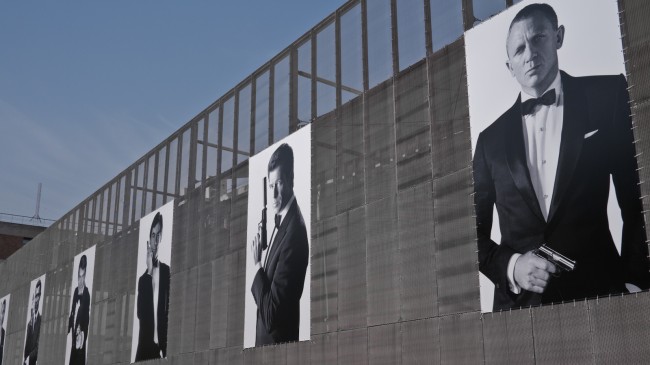 Spectre has just been announced to be the title of the latest James Bond movie. Directed by Sam Mendes, it will be the 24th official movie of the long running franchise. During a launch event in Buckinghamshire, more details about the upcoming film were released. The latest installment of the 007 brand is scheduled to premiere late in 2015.

Mendes was cryptic about some other details concerning the movie. He commented that diehard Bond fans understand the title reference immediately, but other than that he would not comment on its meaning.

Daniel Craig is gearing up to play the famed Bond for the fourth time. He found great success in his role of 007 when he began with Casino Royale. Craig continued his secret agent role in Quantum of Solace, and then again in Skyfall. To date, Skyfall is the biggest James Bond movie, having taken in over $1 billion at the box office.

The news of Spectre being the title of the latest James Bond movie was not the only thing to note during the launch event. The newest Bond girls will be Monica Bellucci and Lea Seydoux. Also joining the cast is Andrew Scott of Sherlock fame who will play Denbigh. Dave Bautista of Guardians of the Galaxy will play a henchman named Mr. Hinx.

Christoph Waltz, who has won two Oscars, may have been cast in the role of Oberhauser, a former ski instructor to 007. However, it is also rumored that Waltz may be playing his arch nemesis, Ernst Stavro Blofeld. SPECTRE was the name of Blofeld’s crime organization in earlier movies. Waltz’s official role has yet to be announced.

Craig is not the only cast member who will be returning. Ralph Fiennes will be reprising his role as Chief M. Meanwhile Miss Moneypenny and Q will be played by Naomi Harris and Ben Whishaw, respectively.

Dr. No was the first installment of the series in 1962. The title of the latest Bond movie, Spectre, is a direct reference back to the beginning. SPECTRE stands for Special Executive for Counter-intelligence, Terrorism, Revenge and Extortion. It is rumored that the martini-swilling secret agent will receive a message from his past that will lead him to uncover Spectre and their misdeeds.

In the long history of the famed secret agent, Blofeld is the number one leader of SPECTRE. It was also said that they are the archenemy of the secret service. Throughout the movie, Bond will be discovering new things about SPECTRE while Chief M tries to keep the secret service up and running. There will no doubt be many fan speculations on Blofeld and SPECTRE before the movie is released.

At the official unveiling of Spectre, the Aston Martin DB10 was released to be 007’s new ride. The Aston Martin has been associated with the 007 brand since its introduction in Goldfinger in 1964. However, Aston Martin gave way to other manufactures like Lotus and BMW before returning to the Bond films. Reportedly, at least ten of the souped up, revolutionary cars will be built for Spectre.

Multiple global shooting locations have scheduled since Spectre was announced to be the latest James Bond movie. The movie will be filming in Rome, London, and the Austrian alps. Mexico City and Tangier as also on the shooting schedule for the film.

Spectre was announced to be the latest James Bond movie in the series. Daniel Craig will reprise his role as 007 in Spectre, which will have a theatrical release of late 2015, giving diehard James Bond fans time to speculate about more details.

3 Responses to "Spectre to Be the Latest James Bond Movie"