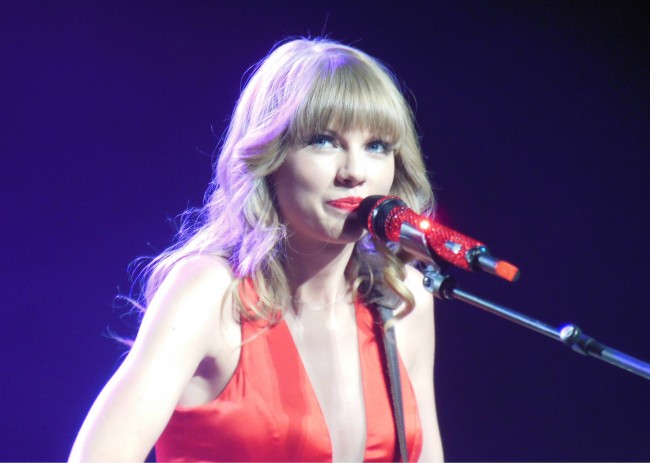 Taylor Swift ended 2014 with sales of her latest album, 1989, beating sales of the Frozen soundtrack to claim the distinction of being the year’s biggest-selling album. 1989, in just nine weeks, has managed to sell 3.66 million copies, according to a report by Reuters, compared to the 3.53 million copies of the Frozen soundtrack that were sold in 2014.

On Wednesday, Billboard reported the news that Swift’s 1989 had accomplished the feat of becoming the top-selling album of 2014, despite the fact that the Frozen soundtrack outsold all of its competitors every week of the year except for the last one. According to Billboard’s Keith Caulfield, this feat marked the first time that this has ever happened since Nielsen began tracking album sales using SoundScan 22 years ago.

The final week of 2014, 1989, titled after the year that Taylor Swift was born, sold 430,000 copies based on Billboard’s new way of analyzing total sales of albums. This figure includes the 326,000 physical units of 1989 that were sold plus more than 1 million songs that were downloaded from the album.

With the new way of calculating total album sales, every 10 songs that are digitally downloaded are equal to one album unit. By contrast, the Frozen soundtrack sold 64,000 total album units the final week of 2014, which allowed the Taylor Swift album to surpass it in total album units sold for 2014.

Online streams of songs are also used in determining sales figures, with 1,500 songs streamed equaling one album unit sold. Taylor Swift has not permitted any songs from the Big Machine Record album, 1989, to be streamed, however.

The 1989 song, Shake It Off, initially propelled the album to number one on the Billboard 200 chart, but now, according to Nielsen SoundScan, Blank Space has the honor of being the song that has been digitally downloaded the most lately off of 1989. The success of Blank Space and the other tracks on 1989 have kept the Taylor Swift album at the top of the Billboard charts for the nonconsecutive seventh, and final, week of the year.

To further put the success of 1989 by Taylor Swift and the Frozen soundtrack in perspective, in 2013 no albums sold more than 3 million total album units. The biggest-selling album then was the Justin Timberlake mega-hit, The 20/20 Experience. It sold a total of 2.43 million album units.

The final week of 2014 marked the second week in a row that The Pinkprint, the latest album by rapper Nicki Minaj, retained its hold on the second spot of the Billboard 200 chart. The Pinkprint sold 156,000 total units, selling 105,000 physical albums, with 405,000 songs being digitally downloaded and 1.4 million of her songs streamed.

Pentatonix managed to stay in the number three spot on the Billboard 200 chart with That’s Christmas to Me. The holiday collection by the a cappella quintet had sales of 131,000 total album units. That brought sales of the album to over 1 million for the year.

The fourth and fifth spots of the top five positions on the Billboard 200 chart the final week of 2014 were filled by One Direction’s Four at the number four spot and In the Lonely Hour by Sam Smith coming in at number five.

Taylor Swift is no stranger to ending the calendar year with the top-selling album. She accomplished this feat in 2009, with Fearless, her second studio album. Swift sold 3.22 million copies of Fearless in 2009.

The year of 2014 was a record-breaking one for Taylor Swift. Her album, 1989, in just nine weeks, outsold all other albums for the entire year, including the soundtrack of Disney’s Frozen. This feat was made even more spectacular by 1989 managing to do this the very last week of 2014, the only week of the year it outsold the Frozen soundtrack.