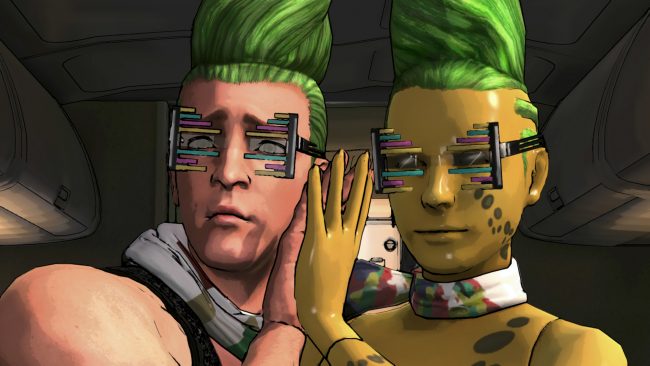 Bring in the new year with free video games. Those that have PlayStation plus and Xbox Live Gold will be seeing a number of downloads for the month of January. The Xbox 360 gets two games while the Xbox One only gets one. The PlayStation 3, PlayStation 4 and PlayStation Vita all get two free games each.

The Xbox One has one free game for the month of January and it is D4: Dark Dreams Don’t Die. D4 is an episodic game, this game represents the first season in the series, or first three episodes. As the main character David Young tries to comprehend the death of his wife he realizes he can travel through time and begins to try and stop the tragic event.The Xbox 360 will begin the 2015 with MX vs ATV Alive for the first two weeks of January and The Witcher 2: Assassins of Kings from the 16 through the end of the month.

MX vs ATV Alive will be overlooked by many as an improved sequel has since come out. The Witcher 2: Assassins of Kings on the other hand is an enormous and intricate game, one that offers hours of fantasy content and moral options similar to the Dragon Age series. Bigger difference here is that combat revolves around much more than simply slashing and casting spells. The equipment being used plays a huge role and preparing for battles can often determine the victor. The Witcher 2 has a meditation period where players can oil up their blades, drink potions and ensure they are ready for battling specific creatures. This sense of detail is one that the series is known for.

The PlayStation 4 actually starts off 2015 with the InFAMOUS: Second Son downloadable content, InFAMOUS: First Light. The short expansion follows the heroine Fetch through Seattle. Although not as impressive as the original game, InFAMOUS: First Light adds more for all those that enjoyed the colorful journey. The second game of January is The Swapper, the surprising puzzle adventure game that stuns with its art direction.

The PlayStation 3 is lucky enough to get Prototype 2 and DuckTales:Remastered. The original Duck Tales was a classic on the Nintendo console and still plays and sounds amazing today. It is difficult to not recognize Duck Tails as true platformer for all that it has within it. Even those without prior knowledge of Prototype can still have a fun time with the open world sandbox in Prototype 2. The PlayStation Vita players will be getting two free games with PlayStation plus. The first is Duke Nukem 3D: Megaton Edition while the other is Whoa Dave!

2014 is over now, but it was an excellent year for video games as a whole. However, now is the time to usher in a new year with free games for Xbox Live Gold and PlayStation Plus members. January offers new games such as D4: Dark Dreams Don’t Die, as well as older games such as DuckTales:Remastered. As Sony and Microsoft look to see what their fans want, they also consider what to offer in the new year.
By Garrett Jutte
Sources
True Achievements
Inquisitr
Gamespot