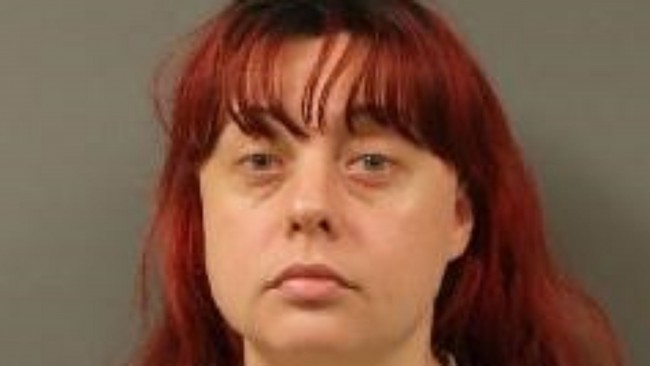 Police in Texas have charged 35-year-old Amber Keyes with injury to a child in relation to the discovery of her 9-year-old daughter’s body inside of a refrigerator. The child was found dead in June, but Keyes was not taken into custody until Tuesday.

Keyes lived with her daughter, Ayahna Comb, at the Happy Home Apartments in Houston. In June of 2014, neighbors realized that Ayahna had not been seen in several months, which concerned them because the child suffered from cerebral palsy, which confined her to a wheelchair and required her to be fed with a bottle. One neighbor decided to enter Keyes’ apartment on June 10 in order to determine if Ayahna was okay. After using an unlocked door to get inside, the neighbor opened the refrigerator’s crisper drawer and made the gruesome discovery of Ayahna’s body, wrapped with blankets.

Paramedics with the Houston, Texas, fire department were called to the scene, where Ayahna was pronounced dead. Investigators have determined that the 9-year-old died on January 29, 2014. At the time of her death, she had weighed 14 pounds.

Keyes claimed that Ayahna suddenly stopped breathing in the night. She told police that she gave her daughter CPR to no avail. According to investigators, Keyes did not call 9-1-1 and Ayahna’s death was not reported to officials. Keyes also admitted to investigators that she put the body of her daughter in the refrigerator because she did not know what else to do with it. From January to June, Keyes used the refrigerator to store food while her daughter’s body lay in the crisper drawer. At one point, Keyes’ youngest child found her sister’s body in the refrigerator while she was looking for something to eat. The little girl has since been removed from Keyes’ custody and placed in foster care.

Armand Combs, the father of Ayahna, told KHOU-TV that he visited his daughter two months before her death and that she looked to be in good health. He also said that he had only recently spoken with Keyes on the telephone and she had pretended that Ayahna was next to her. Combs recalls singing songs to what he thought was his daughter over the phone.

Although Keyes turned herself in when Ayahna’s body was discovered in June, no charges were filed and she was released. Charges were filed after the medical examiner in Harris County, Texas, determined Ayahna’s death to be the result of homicide. The autopsy of the 9-year-old found that she died from dehydration and malnutrition, which were exacerbated by her underlying cerebral palsy as well as ulcers on her skin that had penetrated so deeply into her body that they caused infections in her bones. Keyes is charged with intentionally causing her daughter to suffer serious bodily injury due to not providing her with medical care.

Officials with Texas Child Protective Services say that in 2002, another child of Keyes was determined to have been physically abused. The 18-year-old child was taken from Keyes and put into foster care.

Keyes made her first appearance in a Texas court on Wednesday. She is being held under a bond of $50,000.