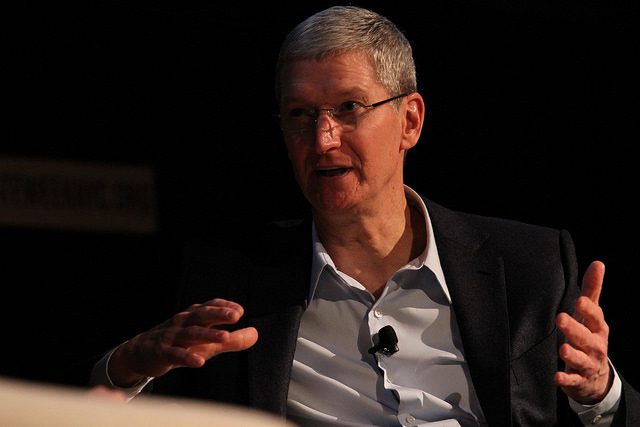 Tim Cook of Apple Inc. has been named 2014 CEO of the Year by CNN on Tuesday. He ranks well on the best CEOs of 2014 list of CNN Money and eventually earns the title. CNN calls his CEO job as America’s toughest, since he has to battle with critics who are dubious of his performance in running the Cupertino company. CNN notes Apple’s stock climbing up to 40 percent this year, the launch of iPhone 6 and Apple Pay, and the coming of Apple Watch.

Cook does an amazing job in proving the skeptics wrong and that the company still innovates even after Steve Jobs is gone. The launch of this year’s flagship smartphones iPhone 6 and iPhone 6 Plus created the media buzz they deserve. The phones are still enjoying strong demands to date, making it to the top of the sales charts even in the home countries of other world-renowned smartphones. Furthermore, the excitement is building up for the first Apple wearable, set to launch early of 2015.

CNN is not alone to recognize Apple’s top executive. Cook is likewise honored “Person of the Year” by Financial Times early this month. Financial Times also mentioned the company’s rise of stock price, launch of great products, the $3 billion acquisition of Beats and Cook’s disclosure of his sexuality. Cook is also in the list of Time Magazine’s Person of the Year, though the title went to Ebola fighters.

CNN Money likewise recognizes CEO John Chen of BlackBerry, CEO Satya Nadella of Microsoft, CEO Meg Whitman of Hewlett-Packard, CEO John Legere of T-Mobile and CEO Sally Smith of Buffalo Wild Wings. As Tim Cook is named 2014 CEO of the year, it comes not as a bigger surprise than the person following him.

CEO Chen of BlackBerry comes second of the prestigious recognition amidst people’s beliefs that his company’s feat will be just history. The “comeback kid” also made headlines this year by launching the business-centered smartphone, the BlackBerry Passport; and the recently released BlackBerry Classic.

The BlackBerry Passport allows users to easily read emails, spreadsheets and other reports in its big 4.5-inch 1440 x 1440 resolution display. Chen carries out the past with BlackBerry Classic which has its typical BlackBerry trackpad and function keys. The CEO has monetized the BBM messaging app, which now has 91 million subscribers who use BlackBerry, Windows Phone, Android and iOS platforms.

Chen has brought the BlackBerry shares to a 35 percent increase this year and says he is now 99 percent sure that his company will survive the trying times. Chen comes with a rich experience of saving firms which were about to collapse. When Sybase was falling, he took over, tidied it up and sold it for $5.8 billion to SAP. With BlackBerry, the CEO seems to be more interested to keep it alive, rather than selling it off.

Tim Cook being named as 2014 CEO of the Year, but other top executives of tech firms deserve the recognition too, says CNN Money. Landing the third spot is Steve Ballmer’s successor as Microsoft CEO. Satya Nadella proves he is the right person for the job by bringing the stock to 26 percent while getting investors’ nod on his strategies of mobile and cloud. However, he embarrassed the company when he declared that women should refrain fighting for raises and better trust the system for “good karma.”