Torture of Suspected Terrorists and Why Americans Should Care 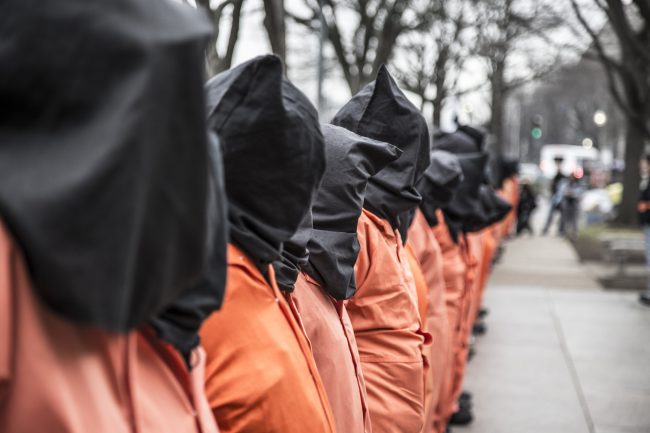 There should be no debate regarding the morality of using torture techniques to extract information from suspected terrorists, however it has come to light since the release of the CIA torture report that Americans do not seem to care about the issue nearly as much as one would hope.

Several polls have been released over the last few days that question Americans’ opinions on the “enhanced interrogation techniques” that have been used in numerous prisons and foreign “black sites.” These polls found that a majority of Americans believe that the techniques used by the CIA do indeed constitute torture. They also believe that the practice led to valuable information that could not have been gathered any other way.

There are several things that are detrimental about this way of thinking. First of all, it implies that the ends justify the means. This is a slippery slope in any case, but is especially dangerous when applied to human lives. It also gives the impression that the lives of these individuals that are being held, many of whom have not been proven guilty of any crime, are worth less than those of American citizens. This is blind arrogance that has been perpetrated by the myth of American superiority touted by politicians, media and religious leaders. To state that the potential for the salvation of lives is worth the destroying of others is a rational that is completely backwards. Each life is equal to the other, so nothing has truly been gained especially if those few that were saved were bought by the blood of twice as many.

The use and public acceptance of torture techniques also sets a precedent and it is one that is likely to be used against this country in the future. What footing will the United States have to stand on when it is their citizens being tortured by foreign actors? Will the argument be made that the practices used are immoral? How will Americans feel about water boarding and rectal hydrating when they are being used on their family members or friends? If the message is sent that practices like these are acceptable when used by a nation that claims to have human rights and equality at the forefront of its values, who is then left to condemn when countries of lesser moral standing stoop to even lower acts?

Americans must take a solid stand against torture in whatever form it takes against whatever perceived enemies there are. There will always be adversaries who seek to threaten America’s values, but no foreign enemy can do as much damage to the future of those ideals as Americans themselves. If actions such as these are allowed to continue the freedom of life enjoyed by Americans will be undermined in a way that could be permanent. It seems easy now to say that torture can potentially save lives, but it is unlikely that the trade of possible security for absolute immorality will be worth it in the long run, for any of the parties involved.