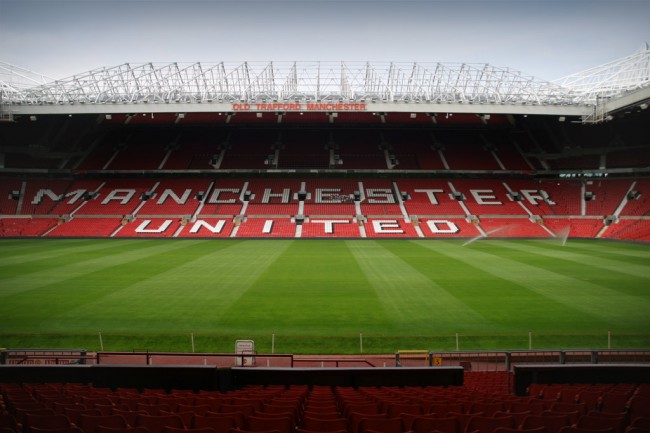 When Manchester United played host to Liverpool in the corresponding Premier League fixture last season, the Merseyside club was the one in the ascendency. Liverpool won both league fixtures last season, including a comprehensive 3-0 victory at Old Trafford. In that match, United could not handle the pace of Luis Suárez, Daniel Sturridge and Raheem Sterling and could easily have lost by a lot more. In  reality, the scoreline flattered United.

When the two bitter rivals lock horns again in what is historically the biggest domestic fixture in English soccer, the recent fortunes of both clubs could not be more different. United goes into the clash on the back of five straight wins while Liverpool is licking its wounds having been dumped out of the Champions League and into the dreaded Europa League.

Liverpool has been a shadow of its 2013/14 self, when the Suárez-Sturridge partnership, combined with a rejuvenated captain, Steven Gerrard, propelled the club back into the Champions League after a few seasons out of Europe’s elite competition. Since the summer, Suárez left for Barcelona, Sturridge has been sidelined for almost every game and Gerrard, a veteran in his mid-30s, is being used ever more sparingly. Brendan Rodgers now knows what it is like to mix the Champions League with the domestic title race in once season like United has done for years until now.

In contrast, Liverpool’s opponent is looking to make it six wins from as many games. Although United has been far from vintage in the previous five games, the fighting spirit is back under Louis van Gaal. Despite a torrid start to the season and losing 47 players through injury since the start of this campaign, the Dutchman has instilled a belief in the side that was evidently lacking under his predecessor, David Moyes.

Nevertheless, the Red Devils’ frailties at the back – strongly tested by some of the Premier League’s weakest teams – could be exposed by Liverpool. Van Gaal changes his back for every week as players either drop out or return from injury. Van Gaal will not want to take any risks against United’s biggest rival and so he could be tempted to go for experience at the back rather than youth.

Liverpool striker Rickie Lambert is expected to play as Sturridge continues his comeback, while United striker Radamel Falcao is likely to continue to warm the bench. The Colombian has yet to play a full 90 minutes for his loan club as van Gaal has claimed the player can only last 20 minutes at the moment. United record signing Angel Di María could return from a niggling hamstring injury but van Gaal will make a final decision just hours before kick-0ff.

Although this clash is no longer one that decides the destination of the title, when United meets Liverpool in Manchester on Sunday, both know that a win will be a real statement of intent for two reasons. Firstly, it will show which of the sides is better at the moment and secondly it could go a long way to determining who gets into the top four come the end of the season. At bookmakers rightly favor United due to current form, but it would be folly to rule out Liverpool.