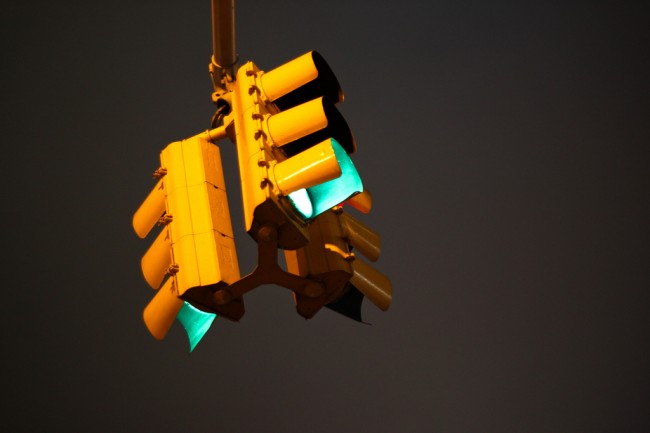 The future is here now that the Iowa Department of Transportation has gone digital with the state driver’s license. The DOT has approved and will launch a mobile app in 2015 that would allow drivers to access their licenses using their smartphone.

Paul Trombino, the director of DOT, state that police will accept a digital license for traffic infractions as well as other situations requiring identification. Additionally, airports in Iowa will also be accepting the mobile app during security checks.

Reportedly, the smartphone app will bring up the driver’s license and optional insurance information with the use of a PIN during a traffic stop. Along with a PIN, the digital license would also include a rotating image of the driver’s face. Fingerprints and facial recognition are also on the table for additional security features.

These options would create additional layers of security that would help identify citizens. Additionally, it would help hinder identity theft as well as decrease the need to carry around a number of cards or documents that can take up space.

The innovation of the driver’s license going digital could also be beneficial for private businesses. With advancing technology, some bars and restaurants already give customers the option to pay digitally. A bar or restaurant would also have to option to accept the digital license as age verification rather than a hard copy license, again creating less need to carry around a large wallet.

New drivers in Iowa, as well as those renewing a license may also have the option to take advantage of the new smartphone app. They can immediately receive their digital license rather than waiting for the hard copy to be mailed to them.

The expected launch date for this new application is still widely unknown. The Iowa DOT has been developing the app for over a year. They plan to beta test the application with employees of the state for roughly six months before they introduce the app to the general population.

Iowa will be the first state to offer the new digital license. The success of the mobile app will determine if other states will follow suit. Digital proof of insurance is already widely accepted in 37 states including Iowa. The digital license is the logical next step.

The digital license will not be mandatory in Iowa. Residents, whether they have a smartphone or not, will still have the option to carry the hard plastic copy. Andrea Henry, the Iowa DOT spokesperson, commented that technology is advancing quickly and more people are doing things digitally.

The digital license is not the first step forward for the Iowa DOT. Most snowplows are already equipped with dashboard cameras, and there are plans to add to the driver’s license kiosks, and created “paperless construction projects.”

Iowa is the first state in the country to go digital with the driver’s license. Although the official release date is still unclear, and there is still much testing to be done of the completed app, Iowa has wasted no time taking advantage of the changing world of technology. If this endeavor is successful, other states may follow suit and also integrate the digital license.