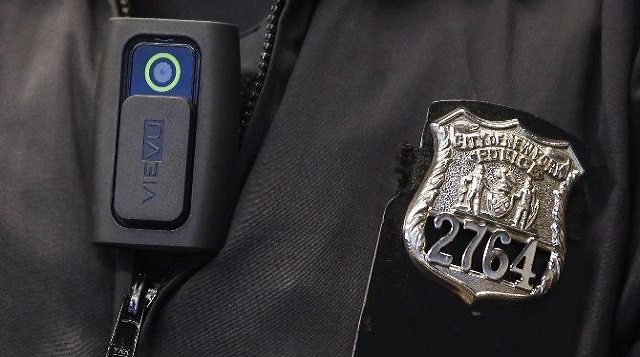 What is the point of law enforcement wearing body cameras when America has watched the unjust treatment of Eric Garner on repeat? Garner died because he could not breathe as multiple police officers attacked him; one choked him to death as another pressed his head into the concrete. Garner can be heard on the video telling the officers he could not breathe and they ignored him. How is this justice?

The justice system is not offering justice when a man can die at the hands of law enforcement and the only person who gets arrested is the man who recorded the murder. Somehow people have managed to justify this horrible action and label it “just.” Sadly the majority of the ones claiming justice works are really saying it is fair to “just-us.”

Michael Brown died because he stole cigars and allegedly charged the police, but there is no real evidence surrounding what happened. The testimony of a well-prepped police officer and a few eyewitnesses seems to be sufficient to the grand jury and the many folks who are not interested in true justice, such as a trial.  Eric Garner’s case is much different, his murder was recorded and has been seen on computers, smart phones and tablets across the country. Still, some have found a way to justify the cruel actions of the police.

Not long ago everyone was riding the “no bully” tidal wave. What happened? Take a moment and watch the video again, this is a classic case of bullying. The officer walked up on Eric and within minutes cops streamed in and attacked the man. Did they view him as a demon in the same manner Darren Wilson did? Did the video show Eric fighting, charging the officers or displaying any type of behavior that mandated “deadly” force?

There were many things said concerning Brown’s character where people came to the conclusion “…ultimately he got what he deserved.” The lack of empathy in society is alarming and appalling.  One conversation in particular took place on social media where a man said the unarmed teen is dead because he put himself in that predicament. He went on to emphatically say that his son would never be in that situation because he was raised right. Did he really mean his son was raised white?

It is a sad day when folk are so loyal to old ideologies that they cannot see truth. Officer Daniel Pantaleo choked Garner to death and a New York grand jury decided there was no need for an indictment. At the same time, after they could not arrest the deceased man they turned and nabbed the one who recorded their inhumane behavior.

Ramsey Orta, after using his cell phone to video the officers, was detained by police who alleged he had an illegal weapon on his person when they arrived on the scene. Even though they claimed he had an illegal weapon, they decided to go after the guy who had no weapon. Again, it is a sad day when the minds of fellow Americans are so warped they fail to see this as anything other than the manure it is.

Police alleged Orta slid the illegal gun into a nearby teen’s waistband before he took out his cell phone to record Garner’s arrest. After Garner’s failed arrest Orta was arrested and charged with illegal possession of a weapon. Orta, in his own defense, claimed the police filed false gun charges against him because they were angry because he recorded Garner’s murder, which ultimately went viral.

The jury found no fault in the actions of law enforcement in Garner’s case. Here is a brief synopsis per adventure someone is reading this that lives in a bubble. On July 17, NYPD accused Garner of selling cigarettes on the street and attempted to arrest him. The 43-year-old man, who was unarmed, questioned the officers as to why he was being targeted. At that time one officer used a “chokehold” type technique which is banned by the NYPD while at least three others helped drag him to the ground. Garner, who had a history of health problems, died before they could arrest him.

Michael Brown’s death had no video footage, however this case clearly does. Perhaps some can understand the cynicism of the African-American community when they doubt the validity of body cameras as a solution to the injustice that has sparked across this country.  There is no doubt there are good police out there just as there are good civilians of all colors in the world. However, there is a problem when people fail to identify blatant error within the justice system. Civil unrest is real and some people are acting out in ways that are unacceptable while others are protesting in a very civilized manner. Either way, kudos to the folks that have abandoned their own theories to join the “fight” to bring real justice to America.

A viral video recording, which allowed viewers to see a man being choked to death while hearing the victim tell officers he could not breathe, made no difference when it should have been enough evidence for an indictment. What would make the black community put trust in cameras when they watched the unjust treatment of Eric Garner go national? A husband and father of six died because he could not breathe as several police officers attacked him. If this is justice, America is in trouble.