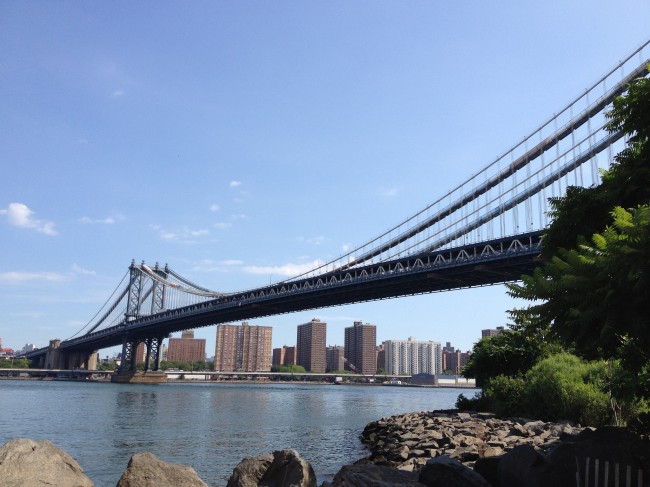 As a result of growing crowds of protesters in the wake of the Grand Jury decision not to charge the officer involved in the death of Eric Garner, the New York police department has closed the Brooklyn Bridge. Officer Daniel Pantaleo, the officer in question, who used a chokehold on Garner against long-standing police department policy, was not handed an indictment by the Grand Jury despite the fact that a coroner’s report indicated that the use of that tactic contributed to the death of Garner. Protesters on Wednesday night were largely peaceful, though there were 83 arrests, but when over 1000 protesters were joined by many more marching across the Brooklyn Bridge, police decided to close the Brooklyn bound side to contain the protests to a more manageable size in lower Manhattan. The fact that the protests have increased in size and the public sentiment against the police appears to be growing, partly fueled by events in Ferguson, MO, indicates the potential for problems if some solution is not found. The issue of police brutality has become one that is no longer localized to one or two cities, but has become a nationwide concern.

One Response to "Brooklyn Bridge Closed by New York Police"