As a result of growing crowds of protesters in the wake of the Grand Jury decision not to charge the officer involved in the death of Eric Garner, the New York police department has closed the Brooklyn Bridge. Officer Daniel Pantaleo, the officer in question, who used a chokehold on Garner against long-standing police department […] 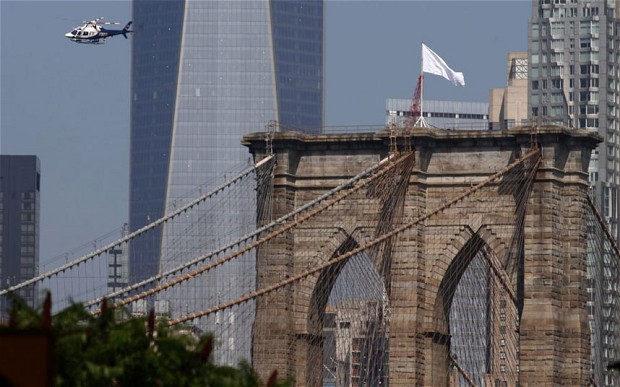 The secrets surrounding the appearance of two white flags on top of the Brooklyn Bridge have deepened as the New York Police Department discloses that they do not know who performed the security gap or how they were able to achieve it. White flags, which are considered to be symbols of surrender, fluttered from poles […]