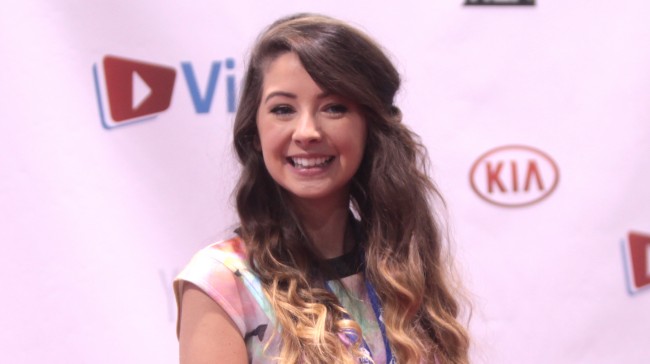 YouTube star Zoella has been accused of not writing her own novel. Even her publisher Penguin has admitted that she had help writing the book. It seems that she had a ghostwriter to help create some of it.

Girl Online made headlines last week for good reasons after becoming the fastest-selling novel. Within the first seven days it had sold over 78,000 copies. That is more than any other debut author, including the likes of Dan Brown and J.K. Rowling. The total number of copies of Girl Online sold was five times the amount of Fifty Shades of Grey. It just goes to show how much being a YouTube star can help with the selling of novels. She has over 12 million followers on her channel, and many of them will have bought her novel to support her.

However, the 24-year-old, who is really called Zoe Sugg, reportedly had a ghostwriter to help her with her book. While the publisher knows this, it looks like that is not an issue. This was just the first novel in a two-book deal for the vlogger. There do not seem to be any plans to not publish the second novel, especially considering the popularity of the first one.

Rumors about the 24-year-old’s writing capabilities started due to the acknowledgements in the book. She mentions Amy Alward and Siobhan Curham, thanking them for their help “every step of the way.” Whle Alward is an editor, Curham is a freelance writer and has written her own novels. The publisher, Penguin, admitted that the YouTube star Zoella did not write her own novel in full.

However, the work is her own. The ideas were developed by Sugg, and she just had help with some of the writing. There is nothing wrong with this. In fact, a number of well-known authors have likely had ghostwriters help them with the writing process. Most celebrity autobiographies are written by others, and that is the whole point of being a ghostwriter.

After the accusations and comments from Penguin Random House, the YouTube inspiration took to her Twitter account to admit that she had help writing her novel. She said that this was something she had spoken about from the very beginning of writing her book. However, she does stake claim to the ideas and the characters. That is the main part of the story.

When going through her Twitter account, there are limited mentions of the book that Sugg has written. It is about a teenager who meets a rock star and her blog ends up going viral. There are some elements of her own life included in the novel. The young star started her own YouTube channel as some fun, and it quickly went viral to the point of gaining over 12 million followers.

When the rumors of the ghostwriter started, some bloggers started checking Curham’s website. Some claim to have found a deleted post that includes her claiming to have been asked to spend six weeks writing a novel. That blog post was written at a time that would suit the announcement of Sugg’s novel release. It seems that the YouTube star Zoella did not write her novel all by herself.

One Response to "YouTube Star Zoella Did Not Write Her Novel?"