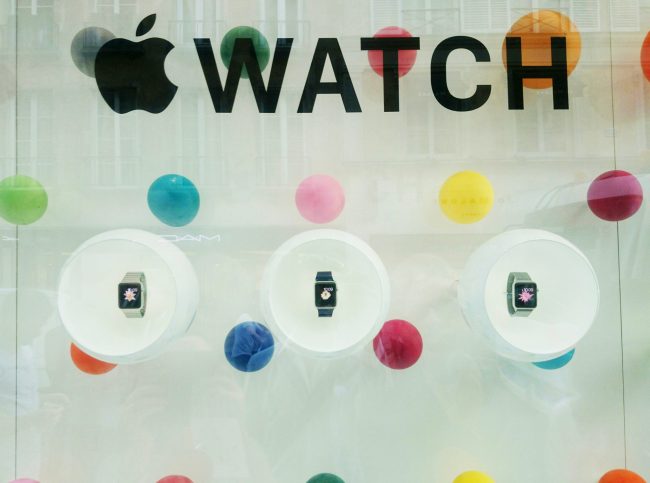 On this day in 1984, Apple released the first Macintosh computer, and soon they will release their Smartwatch. The first Mac offered unique features, like a movable mouse and an operating system that came pre-loaded. Times have changed though, and the features/applications that will be included on the new Apple Watch may make playing Oregon Trail look like actually having to walk the real Oregon Trail.

One feature that is currently being questioned, and seems like it always will be, is the smartwatch battery life. Potential early adopters are concerned that the battery life will be as treacherously short as was seen with the iPhone 5. Apple has set forth some goals for running time, and there are limitations to this. two-and-a-half hours of life if processor-intensive apps are used continuously, three-and-a-half hours of life if just the standard apps are used continuously, and four hours of life if the user chooses to keep the fitness tracker app running. Apple would like to see a 19-hour battery life with the user mixing the types of apps being used throughout the day.

The Apple Watch faces challenges, other than battery life, that the Macintosh did not face upon its release. However, if it hits the 19-hour mark as planned, this length would allow the wearer of the device to simply charge the device at night and wear it during the day (a routine many have become accustomed to with their iPhones.)

Jon Ive, Senior VP of Design, has once again focused on making an Apple product that is technologically powerful and yet, when being used, the experience is personal; for example, the smartwatch senses when you raise your wrist and illuminates the screen for the wearer to view the apps screen. A challenge the design team faced was to enable the smartwatch’s magnification function to work exceptionally well; this task was cleverly achieved by using a traditional feature of most any watch, the crown. The digital crown on the smartwatch, which is also the home button, will allow the user to magnify images on the screen by simply turning it as if they were winding an old watch.

The Apple Watch works to achieve an intimate relationship with the wearer by using subtle audio alerts and vibrations created by the Taptic Engine. It furthers this relationship by allowing the wearer to easily access their friend list via the only button located below the crown, by allowing the user to draw images and short messages on the screen that they can send to friends, and by allowing the user to monitor/share their heartbeat. Additionally; the speaker is waterproof, the charging pad is durable, and the device monitors the wearer’s activities (both social and athletic.)

The soon-to-be released Apple Watch has such aforementioned innovative features that the Macintosh never could have fathomed upon its release on this day in 1984. The Apple Watch is built around a single chip that has infinitely more memory and power than the culture-shocking Macintosh did. The smartwatch is a much-anticipated product that comes into an industry that has already gained traction with other wristbands, like the Microsoft Band and the Fitbit. The Macintosh had little competition 31 years ago; today, however, the Apple Watch will be challenged before it gains the epic notoriety of its predecessor.