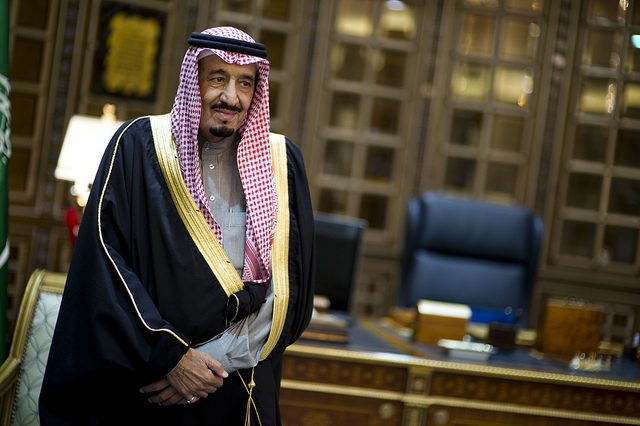 Crown Prince Salman succeeds the throne, after the recent death of his older brother King Abdullah of Saudi Arabia. The 79-year old successor is an established leader who has been holding national roles and many responsibilities.

Ninety-year old King Abdullah succumbed to lung infection weeks after being hospitalized. He was buried on Friday in an unmarked grave at a public cemetery in Riyadh in a simple Muslim tradition. The West praised the Middle East king for being an advocate of peace.

According to CNN, King Salman is similar to his predecessor; a royal family’s stalwart who, like King Abdullah, is among the sons of King Abdulaziz (Abdulaziz is the founder of Saudi Arabia.) King Salman served as Saudi Arabia’s defense minister, as well as a deputy prime minister. He has been the Middle East’s vital U.S. ally. World leaders, including U.S. President Barack Obama, Vice-President Joe Biden, British Prime Minister David Cameron, French President Francois Hollande and Foreign Minister Mohammad Javad Zarif (Iran representative) are heading to Riyadh to pay respects to him and to the late king.

Senior fellow Bruce Riedel at Center for Middle East Policy of Brookings Institution (who also worked for the CIA) said Crown Prince Salman was in 1963 the governor of Riyadh, the Saudi capital, which then had 200,000 population compared to the seven million it has today. His almost 50 years of service were marked with significant change, remarkable transformation, lack of corruption and good governance.

Most of the royal family members live in Riyadh, and Crown Prince Salman also served as family sheriff who made sure any transgression was dealt quietly and smoothly, according to Riedel. Salman chaired cabinet meetings and handled most of the responsibilities of foreign travel for the monarchy after becoming an heir in 2012.

The royal family highly values harmony and collegiality, said Riedel. In the 18th and 19th centuries, family squabbles racked the two previous Saudi kingdoms, making them vulnerable to foreign exploitation. The royals reportedly want to have a strong and stable image, amidst crisis faced by the Arab world.

Crown Prince Salman succeeds brother, King Abdullah of Saudi Arabia, in line with the latter’s appointment he put in place before his death. After ascending to the throne, Salman’s first order is to appoint 69-year old Prince Muqrin, his youngest brother and former intelligence head, as crown prince. Muqrin was appointed by Abdullah as deputy crown prince in March. Analysts see the appointments as a way to ensure stability.

Though there is not much information about his childhood, Crown Prince Salman is said to have memorized the Quran at age 10. The new king has sons who are currently holding prominent positions: Prince Sultan (who became the first Muslim astronaut and is the current tourism authority president of Saudi Arabia), Prince Abdulaziz (who is the deputy oil minister), Prince Faisal (who governs the Medina region) and Prince Khaled (who was reported as among the pilots carrying out the first airstrikes in Syria last year.)

Crown Prince Salman succeeds older brother King Abdullah, and as the new ruler of Saudi Arabia he says he will continue to adhere correct policies which the kingdom has followed since its establishment. His Twitter account details instances him asking God to help him succeed in the service of his dear people.