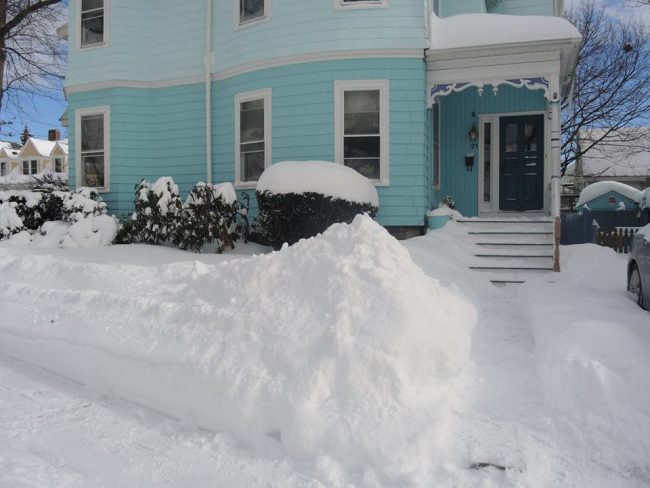 Those who experienced firsthand the recent blizzard in Boston may be seeking an antidote to the two to three feet (61 to 91 cm) that landed within 30 hours and included 50 mph (80 kph) winds and temperatures as low as 3◦F (-16◦C). Children, still off school, are feeling the effects of cabin fever. Those who have to work must navigate around unplowed areas, snow banks and slippery road conditions.

Before the snow fell, thousands descended upon retail stores in search of provisions in case their electricity was interrupted by a falling power line. Food, including nonperishables, bottled water, candles, and flashlights were off the shelves and out the door by mid-afternoon, while the snow was just lightly falling.

Shovels, ice melt, and windshield washer fluid were also in short demand in most stores before the blizzard. Lines were also long at the bank, post office, and drug store.

Boston Mayor Marty Walsh issued a warning for no one to travel during the blizzard except for emergency and medical personnel. He reminded people to check on their elderly neighbors and he spoke about the work being done to help the homeless get off the streets and into shelters. During the worst of the storm, everyone was to remain indoors.

The reminder to check on neighbors – and to stay connected with family members – is being echoed by neighborhood organizations, as well as by neighbors themselves. The online group Nextdoor sent an email with the heading, “Tap into the power of your neighbors,” citing the many incidents of “wonderful examples of neighbors across the region stepping up to support each other.”

This was certainly true in the city and the suburbs. In coastal areas, the risk of flooding increased the dangers even more for residents. One news report told how residents had come together to purchase a sea wall to prevent the damage that had ravaged the area in a previous storm.

While the storm raged on, anyone with children know that they will need to be kept occupied. Having a plan during the blizzard is an antidote: it makes for less chaos, and being available to play games and bake with them will make for a happy environment. The neighbors who help out will appreciate being the beneficiaries of the baking! 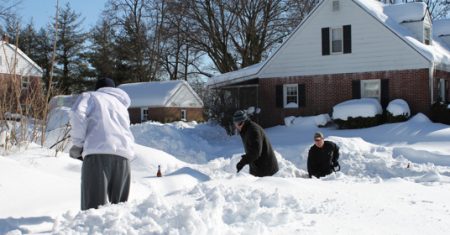 Doing snow cleanup midway through a blizzard can help to make snow removal at the end less of a chore. When the snow has finished falling, it is important to remember to dig out not only the porch, steps, walkway and car. It is essential not to forget the gas and dryer vents, as well as the storage areas housing garbage and recycling bins. It is equally important to take breaks, when possible.

The Nextdoor email listed some ways to help neighbors. These include keeping in touch with neighbors regarding road conditions, about when trash will be picked up and mail delivered, and when school will resume. The email also mentioned helping neighbors by loaning a shovel or helping to dig out a car.

An additional recommendation was to check on handicapped as well as elderly neighbors to ensure they have what they need to get by. The email closed by encouraging neighbors to strengthen their connections with one another, both in person and virtually, through the Nextdoor site. It is within the power of all residents, and an antidote to confinement, to ensure that people are not isolated and have what they need during a blizzard.