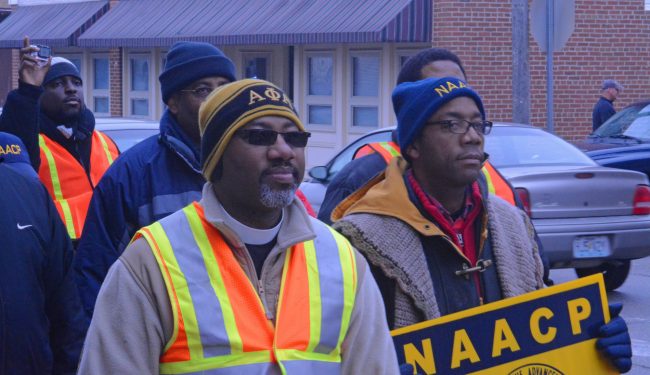 The Colorado Springs chapter of the NAACP was shaken late Monday morning by an explosion near the building. The chapter shares building space with a local barber shop which caters mostly to African Americans in the area. While there is no definitive information to lead investigators to believe the attack was targeted at the NAACP, members claim this was a racist act that should be taken seriously.

The makeshift bomb detonated just before 11 a.m. Monday morning during early hours of operation at the NAACP chapter. Colorado Springs citizens claim they heard a loud “boom” throughout the nearby area with those in especially close proximity shaken and having items fall off their shelves. The explosion caused a ripple effect throughout the nation as many ask who could have done such a thing and why.

FBI Joint Terrorism Task Force and the Bureau of Alcohol, Tobacco, Firearms and Explosives have been a part of the ongoing investigation regarding the explosion. Investigators report that a homemade bomb had been placed near a pipe as well as a gasoline canister which, thankfully, was not ignited. No casualties were reported and no one was injured in the explosion, but the act of terrorism stirred fear in the hearts of Colorado Springs NAACP members. Tuesday and Wednesday following the explosion, the chapter remained closed during normal hours of operation.

While there is still no information as to who could have orchestrated this terrorist act, FBI investigators are on the lookout for a potential person of interest. The suspect is said to be a balding, white male around his 40’s who was seen fleeing the area just after the bomb detonated. The man was seen driving a dirty white pickup truck with paneling and a partially covered or removed license plate.

FBI Special Agent Amy Sanders told reporters that the investigators were examining all possible motives, but the NAACP remains convinced that their organization was specifically targeted. The organization released a statement saying they looked forward to a full investigation into the matter. Senator Kent Lambert of Colorado Spring assured residents and NAACP members alike that the suspect would be prosecuted to the full extent of the law and that acts of terrorism such as this will not be tolerated by their society.

Despite closing down both Tuesday and Wednesday as the ongoing investigation persists, the NAACP assured its surrounding community that this setback would not deter them from contributing to the community. Their resilience in the face of danger inspires many as both anger towards the suspect and support for the group spread across social media via the hashtag #NAACPBombing. The Colorado Springs chapter remains strong during this trying time and hopes for a breakthrough in the investigation soon.

While members of the Colorado Springs NAACP remain shaken up after the explosion, their faith in the investigative efforts put forth by the FBI is strong. With the help of investigators and the local community, the suspect will not remain free for long. The FBI invites anyone with information regarding the explosion to call the FBI tip line at 303-435-7787.