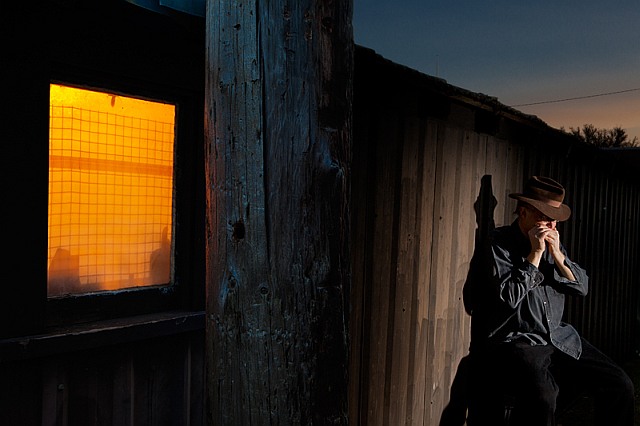 Dave Plahen is already very well-known in jazz and blues circles for his bright and fun pop take on these classic genres. Sometimes classed as adult contemporary, Plahen seems to have broken away from that label and inserted some indie style into his newest album, Radio Sister. While jazz and reggae are front and center in the album, hints of college radio-era indie rock are definitely apparent in this fun, upbeat departure from Plahen’s usual style.

Dave Plahen has a long and storied career in the music industry, and fans who know only of his solo work may be surprised to find he began his career largely in reggae. While experimenting with blues and classic rock in college, Plahen spent a good number of years with the Tony Brown Band and The Roots Band, both considered reggae/Cajun fusion outfits.

In the 70s and 80s Dave Plahen seemed to have found his calling as a blues man, and began releasing solo work including four original singles in the 70s, a full-length album called Smokin’ in 1981, and an EP called Mouth Full of Blues soon after. Plahen has become well-known for his harmonica work since his first albums. He moved to Oregon from Madison, WI in the mid-80s and eventually connected with well-known slide guitarist Jeff Hino, with whom he still performs in the Plahen-Hino Blues Band. He has had a long-standing endorsement deal with Hohner harmonicas, and has also sat in as a guest performer with the OSU-Corvallis Symphony.

Dave Plahen is well-known for his performances with the Plahen-Hino Blues Band, but he seems to also enjoy releasing solo work which does not always fit the mold of his blues persona. His first full album in almost 30 years released in 2008 and is called CrazyMan. This album is very blues-heavy musically, but Plahen’s lyrics and vocals take on a timbre and quality of storytelling similar to Jackson Browne. Paired with his raucous blues harmonica, this quiet and soulful singing style is an intriguing soft spot in Plahen’s song composition. Plahen’s 2013 album, Amos Got Soul, showed even more diversity with glimpses back to his reggae roots as well as ventures into the pop, soul and adult contemporary milieu. 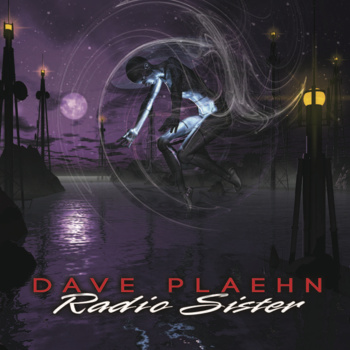 From the opening track, I Want Love, Plahen seems to be very intentionally taking Radio Sister in a more jazzy direction, as the song opens with an 80s-inspired saxophone solo. There is also a heavy nod once again towards reggae, albeit jazz-inspired, in the backing track. This 80s jazz/reggae theme continues throughout the album with tracks like Nothing’s Got a Hold on You, Hello Melinda and Give Me Lovin’, the latter possibly reminding listeners of Paul Simon’s Graceland with its lilting guitar and afro-Caribbean beat.

The blues as a style seems to be muted in Radio Sister, but Dave Plahen’s blues fans can still find it in tracks like Is Anybody Listening. This track combines a blues theme with Plahen’s characteristically melodic Jackson Browne-like vocals and a funk backing track. Adding funk and upbeat jazz to the mix is another technique Plahen employs to give a faster, lighter feel to the richness of his soulful voice on this album. The album also closes with the very blues-heavy Stranger Blues, which features his famous harmonica.

A new genre has also entered Dave Plahen’s musical menagerie on songs like Radio Sister and Comin to You, in the form of college radio-style indie rock. Most obviously the backing beats in these two songs sound very much like early Elvis Costello, in part because of the reggae influence. This new rhythm and style adds another feather to Plahen’s musical cap and will likely gain him an even wider audience. It is certainly an unexpected surprise.

While blues is undoubtedly Dave Plahen’s lifeblood, the almost 50-year music veteran has shown with his last three albums that his style comes from many places and that he is very adept at mixing genres. Reggae and jazz seem like intuitive choices for blending with blues, but Plahen, determined to push farther, surprises audiences with the addition of indie rock to his newest album, Radio Sister. With fresh new ideas in no short supply and his touring with the Plahen-Hino Blues Band, Dave Plahen shows no signs of slowing down. Radio Sister and his other solo albums are available for sale or stream on Bandcamp the link for which is listed in “Sources,” and fans can watch the Plahen-Hino Blues Band’s high-energy performances on YouTube.