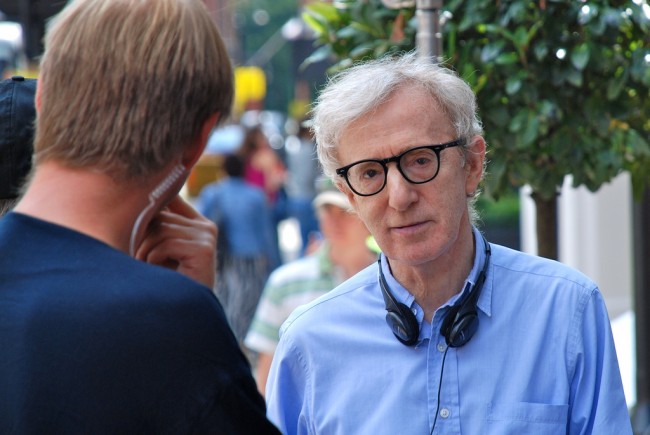 For the first time ever, Woody Allen is changing entertainment mediums and making the epic move to television. Allen signed a deal with Amazon on Tuesday that will allow him to both write and direct a new comedy series for Amazon Prime, the online streaming service.

Allen has written content for variety shows and television movies, but this will be the first time he will create an original comedy series. Amazon has already ordered a full season of thirty minute episodes of the still-untitled project and it is set to debut sometime next year.

Woody Allen, who is 79, commented in his famously faux self-deprecating tone that he has no ideas and he is not sure where to start. However, fans of Allen’s work can speculate that his series will be set in a city, have a lead who speaks in Allen’s famed conversational tones, and will most likely be flooded with stars.

Roy Price, the president of Amazon, has mentioned how thrilled he is to have the legendary filmmaker on board. Price also commented on how he always believed that Allen’s voice and characters would translate well into television, which has more “serialized story lines and openness to nuanced characterization.”

Amazon has recently joined the race to create amazing original content for their streaming service. Rich Greenfield, who is an analyst with BTIG Research, commented on the quality of online programming versus traditional television, saying that the online streaming services like Netflix, Hulu and Amazon Prime are investing more in their content. He also noted that the traditional networks feel the pressure of having to come up with better content.

Greenfield also pointed out the changing trends of television viewing and the differences between streaming content online and watching traditional television for audiences. Viewers are more likely to “binge watch” several episodes of popular shows like Orange is the New Black or Transparent rather than sit through a thirty minute episode of one show that makes frequent interruptions with commercial breaks. Amazon Prime is joining in the race to create original content and gain more subscribers.

After having been in the news recently for allegedly abusing Dylan Farrow while he was still in a relationship with her mother, Mia Farrow, plans are still in place to move forward on the project. As this latest project begins to develop for the filmmaker-turned-television-showrunner, there will certainly be plenty of controversy and outrage.  There are comparisons being made between Allen’s alleged abuse and comedian Bill Cosby’s current media situation.  Although they may be similar in nature, the filmmaker’s alleged accusations are being treated differently than Cosby, who has recently come under fire for alleged sexual assault, resulting in the cancellation of comedy shows as well as an abandoned project with NBC and a nixed deal with Netflix.

The move to television is an epic one for Allen who is famous for legendary movies like Annie Hall, Manhattan, and Midnight in Paris. Allen’s project is also the website’s first series that was ordered without going through their traditional pilot process, which involves posting pilot episodes and asking viewers for feedback before continuing with a series.

After decades of brilliant filmmaking, Woody Allen is making an epic move to television. He will write and direct a half-hour comedy series for the popular online streaming service, Amazon Prime. Although it has yet to be titled and there is no information available about story lines or stars, loyal fans can expect something great from Woody Allen sometime next year.