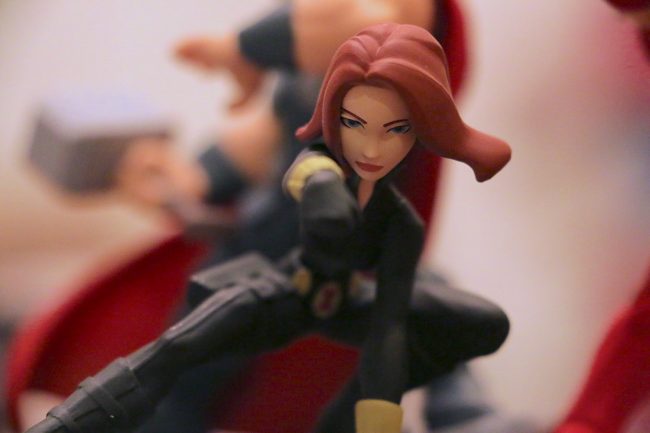 Disney Infinity has become one of the most successful toy/video game hybrids in the short time the franchise has been available on the market. On Jan. 29, the developers of the title revealed that the 2.0 Toy Box edition of the game is now a playable app available for iOS devices.

Disney Infinity 2.0 released in September of last year and introduced the inclusion of over twenty different characters coming from the Marvel Universe. Players can now take control of their favorite super heroes from franchises such as The Avengers, Spider-Man and last summer’s major blockbuster Guardians of the Galaxy. Since Disney has now acquired ownership of the Marvel brand, it only makes sense that they would make the addition of Marvel super heroes and villains.

The title very cleverly releases its character figurines, which are used to play as the designated character in the game, over the course of the year and most recently Disney Infinity released some of audiences’ favorite baddies onto the market. Yondu and Ronan the Accuser from Guardians of the Galaxy and the Green Goblin from Spider-Man are now available at local retailers.

Disney Infinity has not left out the inclusion of its original Disney and Pixar brands however. In November, a large selection of classic and new Disney characters were released. Some notable figures include the Angelina Jolie version of the mighty villainess Maleficent, Donald Duck, everyone’s favorite street rat Aladdin and Merida from the Oscar-winning Pixar film Brave. The next Disney Originals figure to be released is Princess Jasmine from Aladdin. Jasmine will be available to the public on Feb. 3, just in time for Infinity fans to scoop her up for Valentine’s Day.

Making the full edition of the Disney Infinity Toy Box available on iPads and iPhones is an excellent move on the developers’ part. Metal Graphics API is responsible for bringing the game to mobile devices and it has been said that the gameplay and visual quality of the app is absolutely stunning. A crossover play session was conducted, comparing the new app to the PlayStation 4 version of the game and it was stated that one had to really nitpick to see even the slightest of differences between the two. This is very exciting as the Toy Box app for the original Disney Infinity was still very effective, but did not have the full essence and quality as it would on the console versions of the game.

In other news regarding Disney Infinity, it has been strongly insinuated that the upcoming 3.0 edition of the game will feature that of the Star Wars franchise. Recent articles regarding a new unlockable vehicle in the 2.0 edition have surfaced, stating that the famous land speeder flown by Luke Skywalker on Tatooine in the original Star Wars film is available in the game. To unlock said vehicle, one must have each 2.0 figure available on the market and must level them up to gold status in order to access the land speeder. A similar feature was seen in the first Infinity game, as players who had acquired each available figure unlocked the use of a green lightsaber. No confirmation on the inclusion of Star Wars characters has been made, but it seems as if it is only a matter of time.

The Disney Infinity 2.0 Toy Box is available now for free on the Apple App Store. The console version of both 1.0 and 2.0 editions is also available wherever video games are sold.