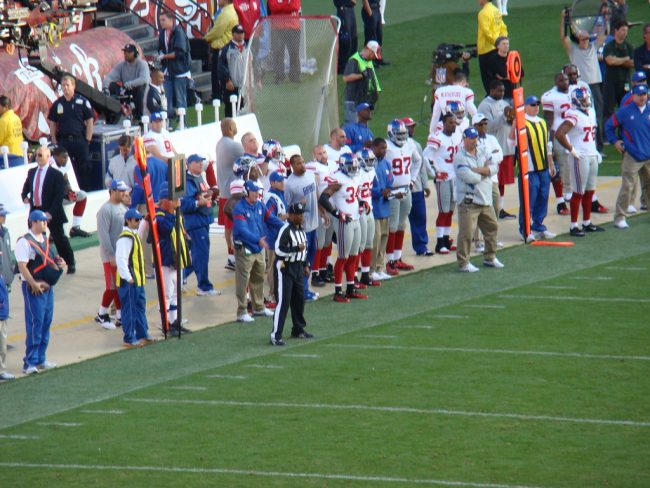 While other teams are battling to reach the Super Bowl in the playoffs, the Giants have begun their off-season, and will need to fill some holes in the off-season. There was a lot of speculation about the fate of head coach Tom Coughlin, but the Giants have made it clear that they will retain the services of Coughlin and general manager Jerry Reece. Both of those men were in their present positions during the Super Bowl days for New York some years back. Indeed, there are a number men left on this team that have been there through both recent Super Bowl titles, and a lot of others were at least here for the most recent one in the 2011-12 season.

Yet, New York has struggled considerably ever since winning Super Bowl XLVI. They failed to qualify for the playoffs in any of the three seasons since, and have endured massive losing streaks in each of the last two seasons, specifically. Not surprisingly, the Giants wound up with losing records for both of those seasons. Having been eliminated from postseason contention as early as Thanksgiving Day, New York knew that many of the issues plaguing this team would need to be addressed as soon as the off-season began after the regular season finale, while other teams would be preparing for the playoffs. There are reasons why the Giants fell from grace as Super Bowl champions in January of 2012, to a third consecutive season of missing out on the playoffs. They were not even serious contenders for either of the last two seasons, suffering massive losing streaks and finishing with a losing record in each.

It has been a painful and rather embarrassing fall from grace, and it happened astonishingly fast. New York fell out of contention unusually quickly for a Super Bowl champion. Now, after a third straight season of missing the playoffs, impatience and frustration began to boil over. John Mara, the Giants CEO, admitted to being ready to fire everyone following a particularly stinging loss against the lowly Jacksonville Jaguars. The Giants had built a 21-0 lead, only to watch that lead buried underneath an avalanche of mistakes. The Jaguars, who entered that game with a 1-10 record, managed to stage their biggest comeback win in franchise history, and it came at the expense of New York, handing the Giants a seventh straight loss in the process.

Mara did not pull the trigger and fire everybody, although it is clear that the Giants need to fill quite a few holes and find answers to a number of lingering questions during the off-season. One of the main questions would be whether defender Jean Pierre-Paul will be back. He is a free agent, and although he says that he wants to be back with New York next season, the price will have to be right. He had nine sacks in the final five regular season contests. However, Giants officials cannot be certain if that means that Pierre-Paul is truly back and fully recovered from serious surgery that he underwent in 2013. questions persist on how much the Giants will be willing to pay, and how much of a gamble it will be for them.

Antrel Rolle is another free agent on defense, although his situation is quite different. While Pierre-Paul is only 26 years old, Rolle is 32. He provides veteran leadership in the locker room and on the field of play that proved valuable for New York during the six-game losing streak in 2013, and the seven-game losing streak in 2014. Still, that might not be enough to retain his services, since his contract will be about his actual production, which actually slipped a bit in 2014.

There are serious questions on offense, as well, the biggest one being whether Victor Cruz will fully recover from a serious knee injury that ended his season prematurely early in the year. If so, he could help the Giants have a very dangerous passing game, by giving them another strong wide receiver along with Odell Beckham. Plus, quarterback Eli Manning’s contract will be up after next season. Will the Giants try to sign him before the start of next season and, if so, how will they go about it?

Another question regarding the offense will be just how much emphasis is placed on the offensive line. In the previous two seasons, the Giants have invested heavily on trying to beef up that offensive line through the draft and free agency, although this has had mixed results. Yet, some of the guys that the Giants picked up are young, or had problems with injuries. Still, that means that things could get decidedly better as these players get healthy and gain more experience. If the Giants pick up another offensive lineman in the early rounds of the draft, they might even begin to have an elite offensive line. For now, after a demoralizing 6-10 season that never really saw them appear as serious contenders, it is time for the Giants to find answers to a lot of nagging questions, and to fill some holes to avoid yet another failure of a season in 2015.