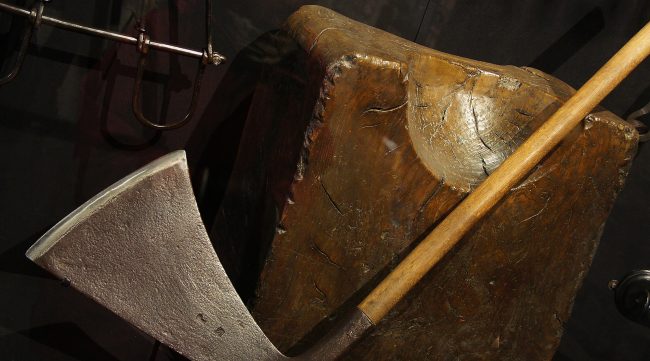 The Associated Press reported that 2014 was a record year for Saudi Arabia’s numbers in beheadings. A Pakistani man was beheaded on Wednesday accused of allegedly smuggling huge amounts of heroin into the country reported the state news agency. He was the 13th Pakistani national to be executed by the kingdom since October. The Interior Ministry reported that Sadruddin Saeedullah Khan, the Pakistani prisoner, was apprehended smuggling narcotics. They added that 18 kilograms of pure heroin was seized by law enforcement during the Islamic calendar year.

That brought the number of announced executions up to the highest amount in the last five years. According to announcements from the Saudi Press Agency 83 people were executed in 2014. The AFP reported the number as high as 87. Most of the convicted were accused of drug smuggling. 32 people were executed in the United States in 2014.
Amnesty International, a London-based rights group, stated that the kingdom tops other countries around the world in execution rates. Saudi Arabia listed 79 beheadings for 2012 and 2013, and 82 more executions in 2010 and 2011. In 2009, 69 people were beheaded according to the Amnesty International.

The group also listed the United States, Iraq, and Iran as countries with the highest execution rate for 2014. A total of 779 people were executed worldwide in 2013. The thousands of citizens executed by the Chinese government were not included in the report because the official numbers were a state secret. Dui Hua Foundation, a U.S.-based humanitarian group estimates that 2,400 people have been put to death in 2014.

Saudi Arabia observes a strict following of Islamic law sentencing people to death for a variety of crimes. Many people are put to death for witchcraft, apostasy, rape, and murder. Renouncing one’s faith is also considered a capital offense in Saudi Arabia and punishable by death. The country is currently under fire from different rights group over its death sentences for non-fatal crimes.

The record number of beheadings in Saudi Arabia comes at a turbulent time in the Middle East. The elite are feeling less secure. Saudi Arabia supported a military coup in Egypt against Mohammed Morsi back in 2013. Many Saudis were in support of Morsi and considered him a close ally in the Muslim Brotherhood. Thousands of Saudis are said to be fighting in Syria and Saudi elites are concerned about when the fighters return home haunted by the insurgency that occurred in the 1980s. According to Alain Gesh, editor of Le Monde Diplomatique, acts of violence were staged against the monarchy when thousands of fighters returned from Afghanistan.

Saudi authorities sentenced on Oct. 15 Nimr Al Nimir, a dissident Shia cleric, for sedition and taking arms in an uprising to topple the government. He was jailed during Saudi Shia protests back in 2012. The monarchy is staunchly against protests in its cities. The minority has been prevented access to top level jobs in the hierarchical system.

The Saudi Shia minority are not the only ones to face the sword. Reuters reported that the kingdom sentenced to death a dozen Sunnis for activities that were viewed as militant. The kingdom kicked off the new year with another beheading of  a Saudi man accused of drug trafficking, on pace for a record number of executions for 2015.