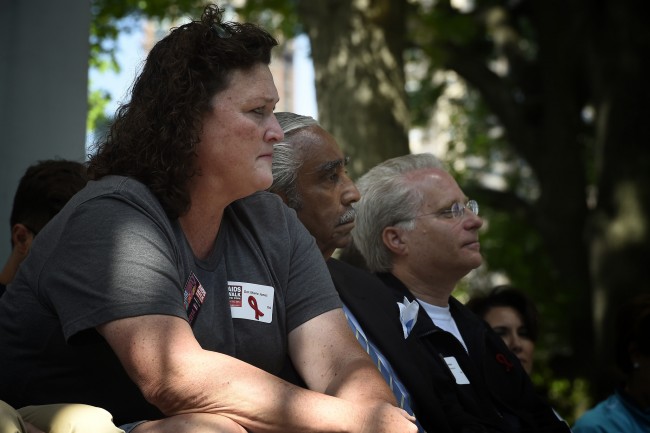 Glee is testing boundaries again. This time with Gender Dysphoria. In Friday night’s episode of Glee, Jagged Little Tapestry, Coach Shannon Beiste, played by Dot Marie Jones, reveals that she has made a life changing decision about her gender, and she will be making the transition to become a man.

On the surface, Glee is a show about a group of misfit kids who join their school’s show choir to fit in and be a part of something. Look deeper into any episode, and the stories are not just about typical teen issues. Early episodes focused on the bullying that can happen to kids in school, but as the series progressed, they dealt with much deeper issues, like teen pregnancy, being gay and coming out, and domestic violence. The show even found a way to deal with the death of a friend when they put Cory Monteith’s character, Finn, to rest after the actor allegedly died of a drug overdose in 2013.

In an emotional scene between Coach Beiste, Sue Sylvester, and Sam, Beiste presents Sue a letter from her psychologist that explains that she has been diagnosed with Gender Dysphoria. She then confesses to Sue and Sam that she will be going through a transition to “get my body in alignment with how I see myself.” After an emotional explanation, Beiste entrusts the football team to Sam, and Sue assures her that her job will be there waiting if she decides comes back.

Jones joined Glee as a regular cast member in the second season and has seen her share of relatable storylines. She has dealt with not fitting in, having a crush on a friend and teacher, and more recently domestic abuse. Her transgender storyline is just another drop in the bucket for the actress, who says she has a responsibility to the character she plays and to the audience that looks up to her. Of the episode, she commented that “words are pretty powerful and you have to be careful how you use them.”

The remainder of her transgender storyline will play out over the rest of the final season of Glee. After being absent for three or four episodes, Beiste will come back and explain the next steps of her gender transformation. Although Jones, who married her partner in 2013, is not transgendered, she commented that there are so many people in similar situations that look up to her, and all the characters on Glee. Jones also stated that she felt this story had to be done respectfully so it could reach out to those who may need help.

The transgender storyline is nothing new the popular Fox show. Glee is clearly no stranger to testing boundaries, which can be seen before Coach Beiste came out as a transgendered man. Unique Adams, who was a regular last season, dealt with transgender issues. The storyline was an important one for the show because it dealt with everything from how Unique dressed to which bathroom she was allowed to use. Beiste’s story is taking it steps further by showing that there is a reality to her situation, and she is not alone.

Glee is testing boundaries again in the final season by telling the story of a person who suffers from Gender Dysphoria. There will undoubtedly be mixed reviews and controversy about Friday’s episode and the episodes to follow that will deal with the next part after Beiste’s transition. If there is one thing Glee has done right in the six year run of the show, it has been to get people talking.