‘Juno’ Was a Big Letdown 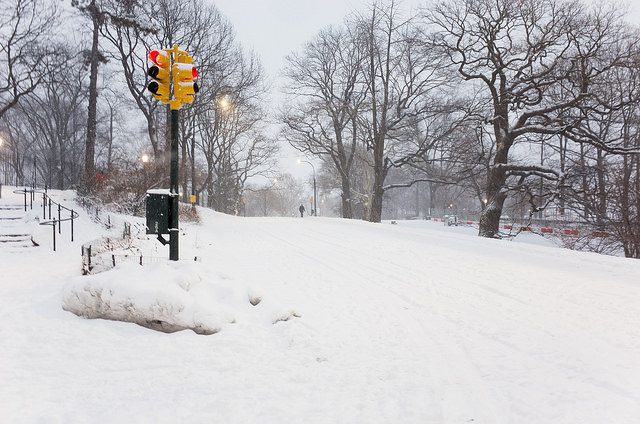 The storm was supposed to be the storm of the century; but it did not punch as hard as the weathermen said it would in some areas. The National Weather Service even had time to name the storm and they chose ‘Juno.’ People were rather disappointed when the roads were clear in New York City and the subway systems were empty for fear of the impending snowstorm.

There are many fingers to point but most of the fingers are at the National Weather Service. Some people pointed the finger at the models used because they did not accurately have predict the route the storm would take.

The National Weather Service had issued a 250-mile warning for the people, this warning included impending heavy snow, and even whiteout conditions. The predictions were true for most of Massachusetts, but for New York City, New Jersey, and Pennsylvania predictions fell short.

The model issue was that they used the European model too much which put more snow than was act    going to be there. The storm made a sharp turn and was east of New York City by 15 miles.

Keith Seitter, executive director of the American Meteorological Society, said that he does not think anything went wrong. The forecast was solid in several ways. He goes on to say that the prediction for his location in Boston, was spot on.

In 2013, when Superstorm Sandy struck, weathermen were spot on, when they basically begged people to leave. One of the “hero” weathermen was Gary Szatkowski, a weatherman for the National Weather Service in Mount Holly, New Jersey, he went to twitter to apologize for the inconvenience by saying that he is sorry for putting people through all of the decisions they had made.

‘Juno’ went across the eastern United States, went into New York City leaving less than a foot of snow on Long Island and hitting Boston with more than 20 inches. The storm even brought what is known as “thundersnow,” which is essentially a thunderstorm with snow instead of rain. The phenomenon was reported to have occurred in the seaside areas of Rhode Island and Massachusetts.

‘Juno’ was supposed to be one of the biggest snowstorms in the history of New York City. However, this did not happen because the storm made a sharp turn and ended up being a big letdown to the people of New York City .

The storm did have the potential to be a historic snowstorm, but it just did not happen for anyone. Massachusetts received most of it, just not historic conditions. As for everyone else the storm was a letdown because they were prepared.

A major part of the warning system is that if a disaster is going to happen and everyone needs to be evacuated, then the disaster better happen. With weather, there are so many factors at play especially with ‘Juno’ such as the coast and the tradewinds. People in New England, except for Massachusetts, will remember ‘Juno’ as the big letdown, the time that a weather service over-predicted.