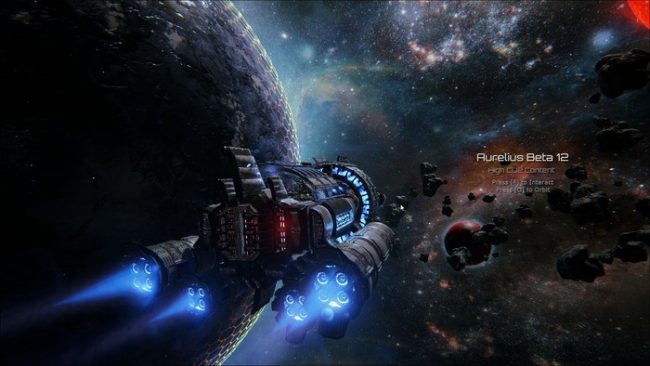 What better way to kick off the new year then to invest in it. Kickstarter is a website that helps creative ideas manifest into reality with the help and donations of individuals that have faith in them. Interesting projects are constantly being created and funded with the help of kickstarter. January is no exception, before the month has ended, five interesting video games will reach their goal or fail to do so.

Recovery Rapids is a game specifically made for those with hand and arm injuries. The amount of games focused on rehabilitation is rather meager, luckily Recovery Rapids is aimed to help those that with stroke and brain injuries. Constraint-induced movement therapy is expensive and unable for many that need it, this game would help bring new assistance in a fun way to a much larger audience.

Although Recovery Rapids is not visually stunning, it is fully functional and includes a stretch goal of getting a port to the Xbox One, which would allow all those with a kinect to make use of it as well. The kickstarter project has a long way to go before it hits the $30,000 goal in twenty days.

Overture has almost reached it’s goal of $3,000 and has 20 days to complete it. It is a 16-bit Action-Adventure Roguelike that has unlimited upgrades, tons of weapons and 24 different classes to choose from. Randomly generated dungeons spice things up and prove how brutal each separate playthrough can be. Ultimately Overture seems like a random, brutal, more elaborate version of the classic Gauntlet. The system is simultaneously easy to pick up and hard to tame.

Subverses Covert is a game designed to helper the player learn a new language. The game is set to teach English, Spanish, German, and French. It will release for Windows, Mac and iOS. The project is more than half way funded and has just under two weeks until completion.

Omnisource is an evil corporation that the player has been tasked to infiltrate. Working as a spy, the player learns new language devices in order to proceed further into the cooperation. Language is presented as a set of tools that increases as the player works towards set goals. The game is sold in monthly subscriptions and can last for as long as the user needs if multiple languages are sought after.

Into the Stars is a space adventure that gives the player complete control over their ship and all aspects that pertain to it. The idea is the freedom to explore the galaxy while simultaneously making decisions that could influence the future of the human race. With 24 days left, Into the Stars has almost reached its goal of $85,000. Anyone wishing to be a space captain could have their moment to specify ship components soon.

Chas Trigger: Golem is a love letter to 2D action, it games blends together multiple genres to create an atmosphere that is familiar yet new. Anaise is the protagonist, she arrives on an island with a vague quest of eliminating all of the demons that reside within. What sets the game apart from other Metroidvania style games is the golem system, which requires scrolls, materials and magic points.

January 2015 has a lot of potential already, the year could harvest some of the newest ideas that improve what video games are capable of. Those that visit Kickstarter soon will see stats and a summary of 2014 as a whole. All kickstarters are located below. These five games have a lot of creativity and useful potential, within a months time all of them will finish funding or fail to do so.