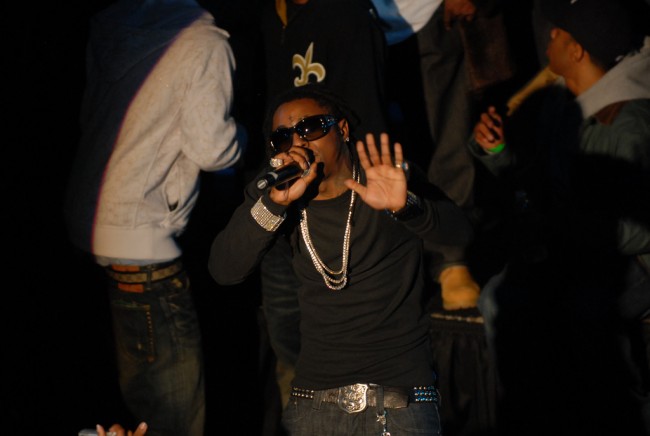 The rapper, Lil Wayne, alleges that Cash Money and the company’s CEO, Bryan “Birdman” Williams, has not paid him money that he is owed, so that means the label is in violation of his contract with them, and he should be allowed to leave it and go to a different record label. He does not intend to depart amicably or with empty hands. He wants a judge to rule in his favor and force Cash Money to give him $51 million and agree to make him a joint copyright holder of all of the songs that he has out on Young Money, his Cash Money imprint. That request would also include recordings by the musical artists Nicki Minaj and Drake.

In December 2014, Lil Wayne tweeted that he wanted “off this label.” He stated that being held to his contract by Cash Money after the company had withheld money from him, the $8 million advance that he was due, was like being a “prisoner.” Tha Carter V was originally scheduled to be released as early as May 2014, but Cash Money wanted to delay the release until December. The album still was not released then. The company’s website does not mention a date, but just states that Tha Carter V is going to be “coming soon.” Though Lil Wayne tweeted that he did not want to be on the label anymore, Cortez Bryant, Weezy’s manager, said in an interview with TMZ that the Lollipop singer did not intend to leave the Cash Money label.

Determined to get his music out to the public and listened to, one way or another, the New Orleans native, Lil Wayne, released Sorry 4 the Wait 2, a new mixtape he has compiled. One of the songs on it has a line about his having done his “time at Cash Money, time served and released.” On a different song on the mixtape, he compares himself to the main character in the movie Scarface, Tony. He sings that, like Tony, “I don’t want no problems, I just want my money.”

Cash Money still could go ahead and pay Lil Wayne the $8 million he says that he is owed, plus another $2 million bonus he was reportedly supposed to receive upon completion of Tha Carter V, to try to get out of being sued by the disgruntled rapper. Lil Wayne has stated that Cash Money has not paid him any of this money, and they are intentionally withholding it from him. While fans have Sorry For The Wait 2 to listen to, any hope that they will also get to hear Tha Carter V anytime soon seem to be fading.

Lil Wayne appears to have had his patience at getting paid for Tha Carter V worn too thin, and now he is seeking for a judge to award him $51 million from his record label, Cash Money, as well as designating him as the joint copyright holder for everything that has come out on the Young Money imprint. The record label allegedly did not pay him the mega millions he was due, so Lil Wayne has decided to sue Cash Money, and try to get even more mega millions from the label.