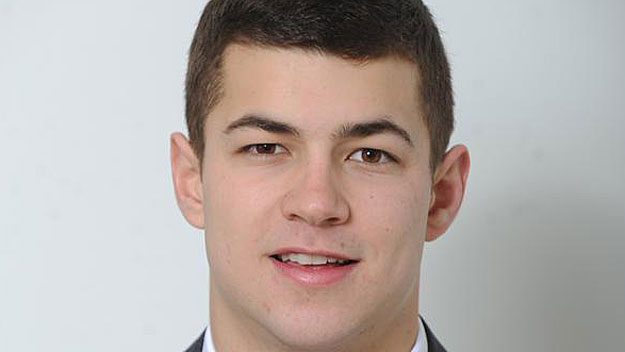 A Longmeadow, Massachusetts, college senior was lying in the middle of Chatham street on Cape Cod when he was run over by a police car responding to an emergency in the early morning hours of Jan. 1. Detectives with the district attorney’s office are investigating the incident, which killed the 22-year-old student athlete.

Massachusetts police officials report that Garrett Gagne was in the middle of Crowell Road just after 4 a.m. when the police cruiser, traveling southbound, struck him. He was transported to the Cape Cod Hospital in Hyannis, where he was pronounced dead.

Gagne had been in Longmeadow to ring in the New Year with friends. He was the captain of his high school ski racing and lacrosse teams and earned the honor of being named All-Scholastic three times. He was also named the high school’s lacrosse Offensive Player of the Year and took home a Massachusetts state championship in ski racing two times. After high school, he enrolled at St. Lawrence University in Canton, New York.

Chief Mark R. Pawlina of the Chatham Police reported that the officer was en route to an emergency when his car hit something which had been lying in the middle of Crowell Road, in an area of the road which has no street or exterior lighting, causing the road to be very dark. The unidentified officer stopped his car and immediately got out, where he discovered that he had hit “a human body.” The officer rendered first aid to Gagne until the ambulance arrived.

Pawlina said it is not clear why Gagne was lying in the middle of the road at that time, nor do police know in what state Gagne had been in before the accident occurred. He added that the people with whom Gagne had been celebrating “could not be reached or located immediately after the accident.”

Massachusetts State Police Collision Analysis & Reconstruction Section employees helped investigators with their study of the scene. The coroner’s office is tasked with identifying the cause of Gagne’s death and whether his death occurred before or after being struck by the police car.

Pawlina extended sympathy to both the family of Gagne and the officer who hit him, who he described as “very upset, very distraught.” The chief believes the name of the involved officer will likely be made public on Friday.

William L. Fox, president of St. Lawrence University, released a statement regarding Gagne’s death in which he made note of the government student’s athletic and academic skills. He also mentioned that Gagne’s lacrosse coach, Mike Mahoney, described his “smile and enthusiasm” as “contagious” and called Gagne “one of our best.”

According to the Boston Herald, a small roadside memorial was being built today by some of the victim’s friends, who had gathered at the spot where Gagne was killed. One of the men present said that all of them had been with the Massachusetts native the night before, but would make no comment as to where they had been the night before or why their friend had been lying in the middle of an unlit road.