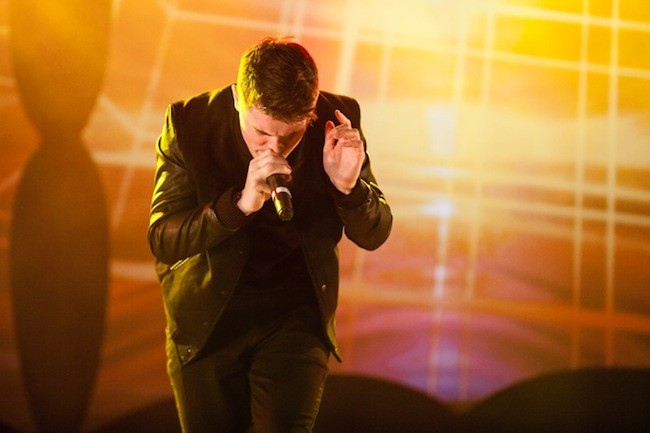 Freestyling  with Ed Sheeran and getting to the final of a major UK music contest were just two big moments in 2014 for upcoming British rap artist Lucan Mills. With influences ranging from David Bowie and James, Mills is not your average rap artist.

Now with 2015 already looking promising for this rising star, Mills takes time out from his busy schedule to talk to Guardian Liberty Voice about his career to date and what has inspired him to get to where he is today.

What is the harshest lesson you have learned since entering the music industry?

LM: The importance of hard work and standing out in a crowd. Being unique is a more difficult now than in the past because the market is so saturated. Making sure I always give 100 percent has been the most important thing to me. I know that in order to stand out I have to go the extra mile.

What is the best piece of advice you could give someone who wants to be a rap artist?

LM: Keep going. I know it’s a cliché, but even when people are negative you have to stay positive and focus on your dreams and aspirations.  It’s also important to remain creative, so keep writing. Think about the next song or lyric you want to make. Try and invent an image but still be yourself.

Who are your biggest musical influences?

LM: There are so many, from rock to hip hop. David Bowie has been a massive influence on me due to his raw talent and ability to constantly reinvent himself as an artist. Jay-Z and Eminem are also huge influences on me lyrically. I almost learned to rap from just listening to their tracks over and over again. I would practice in the mirror like a crazy person and visualize myself in a sold out arena. Artists like James inspired me with the live sound.

What other genres of music do you listen to?

LM: Anything and everything that helps me be creative and inspires thought. I love rock, indie, alternative, hip hop. pop and classical. There is always something different to listen to regardless of what your favorite genre is.

What is your career highlight to date?

LM: Playing a live showcase at the famous London jazz club, Ronnie Scott’s. I also had the opportunity to play with Ed Sheeran in Clapham, south London. He called me up on stage to freestyle over You Need Me.

How did you get your big break?

LM: I’m still waiting for that but the attention I have attracted over the past year has been very encouraging, I got to the final of the Open Mic UK contest – the only rap artist to do so.

Why do you think rap and hip-hop have evolved from African-American subcultures to  more universal music?

LM: The world has matured. Having a white artist such as Eminem regarded as the best MC is a perfect example of that. Music shouldn’t be classified by race. Anyone who is inspired by rap music and has the ability to write should be free to go out and express themselves.

Do you write all your own material?

LM: Yes. I am a firm believer that rappers should write their own lyrics. If you have a producer who has a flair for the genre who can help you, that’s different. I know I wouldn’t feel comfortably rapping other people’s words, though.

LM: A UK and small European tour are on the cards. Beyond that, who knows? The most important thing is for me to work harder.