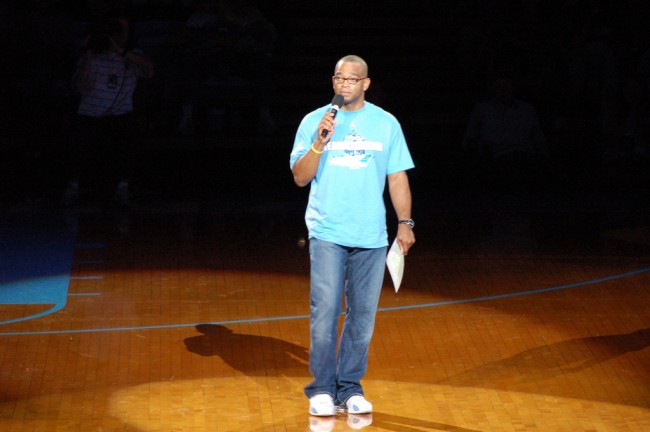 ESPN Sportscenter anchor Stuart Scott was a one-of-a-kind sports commentator, known for his quick wit and famous catchphrases. There will never be someone again who will be quite like Scott. He died on Sunday from a rare type of cancer of the abdomen at the age of 49, according to ESPN.

First diagnosed with cancer in 2007, after he was admitted to a Pittsburgh hospital for an emergency appendectomy, Stuart Scott underwent clinical trails, chemotherapy, and surgeries in an effort to beat the disease. He kept up his good spirits throughout, and continued to do his job as a sports anchor. He even still engaged in mixed martial arts training, trying to stay as physically fit as he could while battling against cancer.

For a time, it seemed as if Stuart Scott had beaten the rare cancer he faced. It had gone into remission, but in 2011, Scott announced that his cancer had returned. Then, early in 2012, his cancer went into remission once again; but, it came back in January 2013.

Stuart Scott was also a devoted father to his two daughters, Sydni, 15, and Taelor, 19, enjoying the time he spent with them above all else. Besides his daughters, Scott is survived by his girlfriend, Kristin Spodobalski; his parents, O. Ray and Jacqueline Scott; one brother, Stephen Scott; and two sisters, Susan Scott and Synthia Kearney.

In July, at the ESPYs, Stuart Scott was presented with the Jimmy V Perseverance Award. In his acceptance speech, Scott mentioned his two daughters, saying he loved them both and “I am standing on this stage here tonight because of you.”

He stated in his very inspirational speech that dying from cancer does not mean that a person loses to cancer. He said that a person beats “cancer by how you live, why you live, and the manner in which you live.”

Stuart Scott began his career at ESPN in 1993. It did not take him long to become one of the most popular personalities and sports anchors on ESPN. He had a colorful way of describing sports stories and he was able to convey his enthusiasm for sports to the audiences who tuned in to listen to him.

President Obama spoke in a statement on Sunday about Stuart Scott, who he referred to as “Stu.” Obama said that Stu “helped usher in a new way to talk about our favorite teams and the day’s best plays.”

Stuart Scott covered some of the biggest sports events there were throughout his career. He covered MLB’s World Series, the Super Bowl, the NBA Finals and NCAA Final Four, according to the Latin Times site and other sources. Scott also starred in a series of humorous This Is Sportscenter commercials.

Scott was an effective fundraiser for organizations fighting against cancer, like Livestrong and The V Foundation. Besides raising hundreds of thousands of dollars for them, he took part in Stand Up To Cancer campaigns, according to ESPN.

Stuart Scott was one of the most recognized and entertaining ESPN Sportscenter anchors of the past two decades. He popularized catchphrases like “as cool as the other side of the pillow” and “Boo-yah!” After a long bout with cancer, Scott finally succumbed to the disease at the age of 49 on Sunday, January 4, 2014.