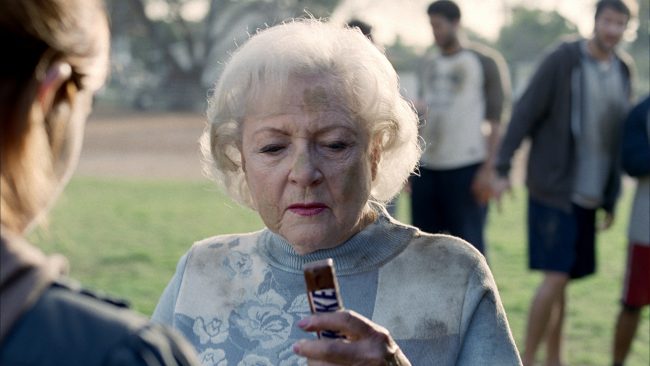 Super Bowl commercials have notoriously drawn in viewers that might not have watched the long anticipated game in the first place. This year will be no exception.  There is one commercial, however, that has already drawn criticism and has been pulled from the line-up before it even airs. Go Daddy tried to do a play on the fan-favorite “Budweiser’s Clydesdale meets cute puppy” commercial. Unfortunately for the internet giant, animal rights advocates have seen the clip and began screaming about the horrific portrayal it gives to dog breeders. In the clip that is now on the editing room floor, it shows a cute and adorable puppy jump out of a truck. The puppy then makes the trek back to its home, as viewers follow its journey. So far so good,  but then when the puppy runs into the barn and a women bends down to seemingly welcome him home, there is a twist. She then states she is so glad he’s home because she just sold him off of her Go Daddy website, and he gets packed and shipped back out. The sentiment on this commercial ranges from outrage, to confusion, to sadness. Go Daddy decided to ax it from the Super Bowl line-up.

Even without the controversial Go Daddy bit, this year is looking to be as exceptional as last year’s Super Bowl commercials. The video below will give the viewers just a taste of what might be in store on Sunday. The king of commercials, Budweiser, is predictably absent.  They prefer to do their own hype, and they are promoting a tear-inducing lost puppy ad, which may rival the “Clydesdale that adopts the lost puppy” bit of the past. The two, however, have a very similar basic theme, and the same best pals. In the new version that Budweiser has released, the scene is set with one of the Clydesdale horses and puppy friendship once again intact. Then, with the puppy once again getting separated accidentally and trekking home in the rain, he inadvertently runs into trouble within eyesight of the farm. Cornered by a wolf with hunger in its eyes, one can guess what happens next.  After all, everyone knows who this adorable puppy’s best friend is.

Rumor has it that even Snoop Dog will make an appearance in a pizza commercial, to ‘order like its hot,’ and many fans are looking forward to seeing the controversial rapper in this type of bit. The star of the Mindy project will make an appearance in what they are calling ‘invisible Mindy,’ along with Wix, who has released their full un-cut commercial early. Lindsay Lohan for Esurance, and Pierce Brosnan for Kia are just a few of the treats in store for Super Bowl watchers. Kim Kardashian has a T-Mobile spot and Katy Couric and Bryant Gumble have what may prove to be one of the most delightful spots plugging the Kia i3. When it comes to the Super Bowl, sports fans get the best of both worlds, the game of the year, and epic once a year commercials.