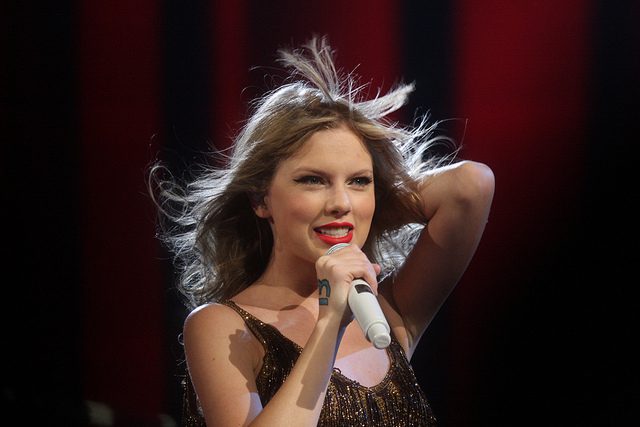 Just when people were beginning to think Taylor Swift could not get any more adorable, she gives and receives more love to her fans than ever before, showing that she has not yet reached her own personal bar for charm just yet. Many fans of the singer/songwriter are well aware that she has a warm and cozy spot in her heart for her die-hard devotees, but several of them found out first hand this holiday season the extent to which she will go to make them feel special.

Over the Christmas holidays, a number of the singer’s enthusiasts were gifted with a surprise package by FedEx from none other than the superstar singer herself. At least 32 Tumblr followers took to social media to gush over their “Taylor” treasures with videos and tweets. These were not packages her assistant simply bought online at the Crate and Barrel and had shipped with a generic note.

As far back as mid-November, fans began to receive gifts from Swift with values over several thousand dollars, but the most endearing thing about these gifts was the personal touch imparted by the artist herself.  Teenagers Rebecca Cox and Victor Vinson, who together run a Tumblr blog followed by Swift fans, were rewarded with boxes of merchandise including Victoria’s Secret swag, some of Swift’s personal favorite food items, cameras, designer clothing and BFF girl-next-door comfort items like candles, pillows and spa products.  However, perhaps their favorite items in the box were the personal notes. The handwritten note which came with Cox’s camera and picture frames reads: “Becca—I thought you could put Polaroids of you, me, and V in here.”

The most recent recipient of Swift’s love was Rebekah “Beks” Bortniker, one of the Grammy-winning singer’s fans who made and posted a video of Swift and her friends on Tumblr. In a video uploaded to YouTube on Jan. 12, 2015, Bortniker unwraps her presents from the singer while her mother films, revealing the thoughtful gifts one-by-one as she reads the accompanying personal notes. Amongst the cache: A check for almost $2000 to help with Bortniker’s student loan repayment, a piece of Swift’s personal jewelry and a piece of decorative art painted by “the artist” herself.  What appears to choke Rebekah up the most is the accompanying sweet and heartfelt note: “I was thinking about you today and how you’ve been there, cheering me on in the most thoughtful and creative ways. I love the video you made of me and my friends and your text posts always crack me up.” The included photo of Swift painting her gift was obviously a much cherished memento.

Certainly there are plenty out there that think it cannot be true that someone pulling in as much money as Swift can actually take an interest in average folks. Of course, people must judge for themselves, but if people are not at least speculating that Swift could just be the real deal when it comes to an example of the girl next door (made good), then conversely, they probably believe that she should be taking courses at the “Angelina Jolie School of Public Relations.”