Ukraine Sees Another Round of Violence 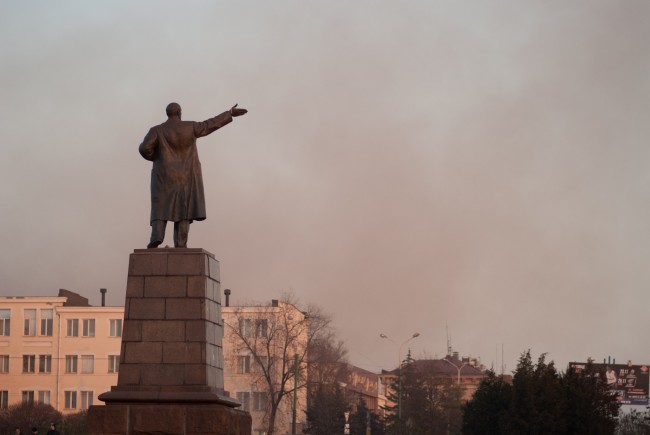 The Donetsk regional Police chief says on Facebook that pro-Russian separatists have now attacked residential areas as Ukraine sees another round of violence. The strategically located port town of Mariupol is located along the coast of the Sea of Azuv. This town creates a land bridge through Ukraine to Crimea for Russia to use if captured. Thirty people were killed and many others were injured in this attack that saw three rockets strike residential areas including an open market.

Although Russia continues to deny supplying arms to the separatists, it is difficult to deny that they are very well-funded. Alexander Zakharchenko, a rebel leader, has admitted that he and his troops had initiated an operation to retake the city but he insisted that they were not responsible for the shelling that occurred Saturday.  It appears that there were radio and telephone communications intercepted that indicate it was pro-Russian separatists that did the bombing.

President Obama, after agreeing to send troops to Ukraine in the spring, is faced with the question of whether that will be soon enough. While in India conducting a news conference, he expressed the feeling that all are concerned about these most recent breaches of the cease-fire agreement, and that he is considering all options short of ordering military action against Russia. The European Union has decided to request an emergency meeting of foreign ministers from all 28 member countries.

The White House has reported that Ukrainian President Poroshenko and Vice President Biden have spoken and agree “to ensure that the costs continue to rise on Russia for its aggressive actions against Ukraine.”

On Friday, Russian President Vladimir Putin placed the blame of last week’s casualties on those who are ordering troops to fire in populated areas. He also said those that give such orders should be held responsible and that they should know that the only way to resolve conflicts like this is through peace negotiations and other political measures. These comments from Putin continue to give the world a skewed look at the mechanics behind this conflict. Putin may not be giving the orders but he cannot deny that what the separatists are doing is potentially favorable to a Russian agenda.

On Twitter, the European Council president said that the council should not base its policy on imprecise data, but on what it can view as hard facts.  He said that Russia is being fueled by the “appeasement” process which is a driving force behind its continued violent acts in Ukraine.  To many people, this language directly reflects a World War II mentality. This connection to World War II is one that has not been fully assimilated into he minds of the public. The thought is actually somewhat absurd that such a scenario could play out in Europe again. Regardless of last week’s talks of lessening sanctions that occurred prior to this outbreak of violence, there is little question now that sanctions will not only remain, but also likely be heavily enforced.

Ukraine will survive yet another round of violence, but more casualties have mounted. Mixed messages from Moscow only frustrate the situation that so many seem hesitant to acknowledge. After the EU foreign ministers meet perhaps there will be a consensus as to what their next steps should be in this conflict. Pressure is mounting for it to be a short discussion considering this conflict continues to take innocent lives.