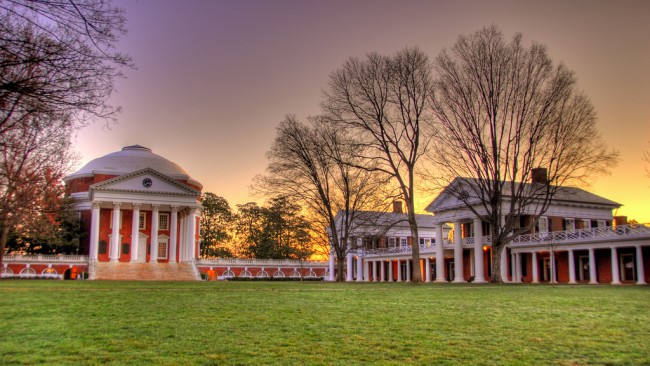 The University of Virginia decided to reinstate social activity privileges to greek system members, ending early a ban instituted in response to a now discredited story about a gang rape, but has asked for a reinvention of the party safety procedures. University President Teresa Sullivan has met with heavy criticism for what many have deemed a knee-jerk reaction to the Rolling Stone article about the alleged rape. This early end to the ban with the new safety concessions is being seen as an opportunity for both sides of the debate to come out saving some face.

The new security rules must be agreed to by January 16, with members signing pledges to abide by the new conditions. These new regulations will change the face of parties considerably, though are not being seen as too onerous by most greek members. The prematurely published article about the supposed rape has painted the fraternities on campus in a bad light, and being the group to adopt proactive safety measures gives them the opportunity to show what they feel is the true nature of the greek system at the University of Virginia.

The new University of Virginia requirements make it mandatory that at least three members of any house hosting a party remain sober and that at least one of them have access to every room in the house. Any wine dispensed at the gathering must be poured by one of these three as well. No mixed drinks or punches are allowed at all. Aside from wine, the only alcohol allowed is beer, but no kegs or other large volume dispensers are allowed. Beer must be served in unopened cans only.

There are new security measures for the door as well. When the number of non-members is fewer than that of members, one of the sober members must monitor access at the door of guests. When there will be more non-members, it will be required that the hosting house hire security to control entry at the doors at their own expense. Along with key access to all rooms, the sober monitors must also control access to stairs and other points of entry to the residential portions of the house. All of these measures were recommended by student representatives, according to the president.

The University of Virginia has suffered a black eye as a result of the article, and both administration and students alike are ready to move forward from it. There is a continuing investigation into the events that precipitated the claim of rape. Though many elements of the story told have been proven to be false, there is still a question of what exactly did happen on that evening. The attorney for the fraternity vehemently denies that anything like the scene described in the complaint occurred, but there is still a large contingent of people looking for a full explanation of events. That will continue now, however, without the entirety of the University of Virginia greek system paying a penalty for something which may or may not have happened.

While not a perfect solution to the problem of alcohol-related violence on campuses, this agreement does take a large step toward acknowledging the issue and taking steps to prevent it. The early reinstatement and reinvention of the frat party by the University of Virginia is being largely seen as a positive move.

University of Virginia Reinstates and Reinvents Greek Parties added by Jim Malone on January 8, 2015
View all posts by Jim Malone →