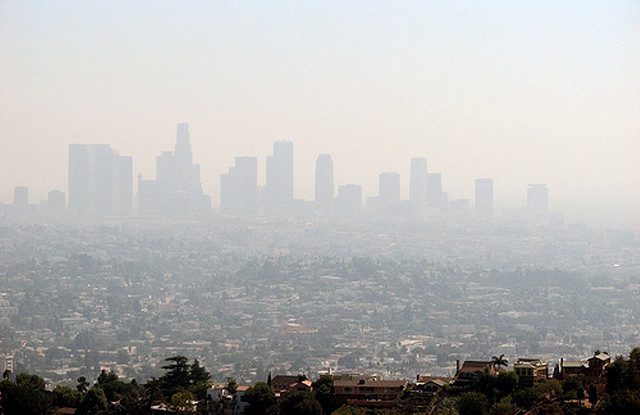 The Environment Protection Agency (EPA) is being urged by Californians to tighten up its standards regarding ozone levels. The federal agency was chastised in a final public hearing by its stagnant efforts to reduce greenhouse gases, and prevent the Earth’s ozone layer from further collapsing. The invisible gas is harmful to humans at ground level, from breathing it in. The current ozone standard set in place by the EPA is 75 parts per billion – much too weak to protect people.

Gina McCarthy, an administrator for the EPA, proposed to change its direction and set the standard ozone range at 65 or 70 parts per billion. California residents, some who live in the smoggiest areas of the United States, encouraged the EPA to set such a strict standard. The communities around California, especially those in polluted areas, stated that it is a necessity to take action. According to them, air pollution has been degrading their community and damaging their health. Though, business and industry lobbyists stated that such strict limits could dissuade factories and business from opening up in California. This would be because air pollution regulations are far less strict overseas than in the United States.

Previously, EPA scientists reviewed a plethora of studies regarding ozone levels, and found that the current standards for air pollution were not strong enough to be proficient in preserving human lungs. Ozone is created when exhaust emissions from factories, power plants, and cars sit in the sunlight and degrades to the ozone molecule. Scientists say the ozone compound is responsible for weakening lung function. Sacramento resident Ann Rothschild explained that she is disgusted that some children in her community cannot play outside and enjoy the outdoors, due to the increase in air pollution.

The EPA stated that stricter rules on ozone levels are estimated to cost billions of dollars each year, though stricter regulations would allow for fewer asthma attacks, missed work and school days, emergency room visits, and premature deaths. All of these benefits to society outweigh the costs to businesses.

The strict rules would be most problematic for California, the state with the country’s worst smog levels. Even though there have been great improvements in the quality of air over the last few decades due to emissions-cutting regulations, the EPA estimates that over 30% of Californians reside where the current ozone levels violate federal standards. Adenike Adeyeye, a policy analyst with Earthjustice, stated that people do not have a good idea of when and how they are risking their health under the current ozone level standards. He explained that just by going for a morning jog or arriving at soccer practice, a person could be risking their livelihood.

The region that includes Los Angeles, Riverside, Orange, and San Bernardino County is called the South Coast air basin. This area violated the 75-ppb ozone level on multiple occasions; between 2011 and 2013, the average level was 107-ppb.

Once the new EPA standard is set, states will be allowed seven years to collect and analyze air quality data to create new regulations to implement. The EPA stated that they expect nearly all states to comply and meet the new standards set by 2025, though California will be given until 2037 to comply. The smoggiest areas of the San Joaquin Valley, and the region of Southern California, would take much longer than the rest of the state. Therefore, urging the EPA to adopt stricter ozone regulations in California is the start of a cleaner future.