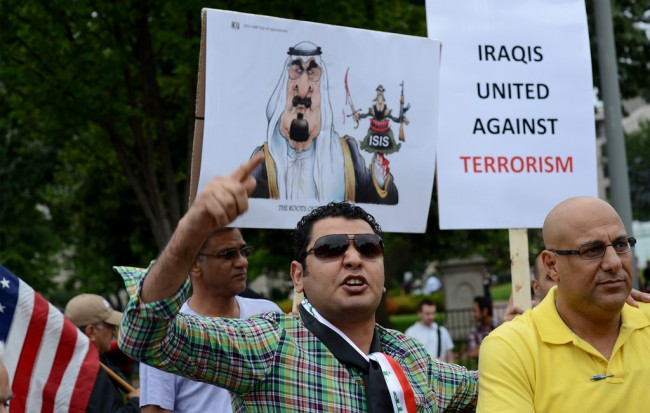 ISIS has garnered considerable news headlines around the world in the last year as their brutal conduct spread across much of Syria and Iraq. Almost all of the news from the regions controlled by the group has been regarded exclusively as negative by a horrified outside world. With the latest headlines focusing on a book burning and persecution of Christians, that trend is continuing.

Members of ISIS set fire to the public library of Mosul, which was established in 1921 and had housed an impressive collection of thousands of rare books and manuscripts, some of them dating back centuries. Ghanim al-Ta’an, the library’s director, said that the militants used explosive devices after some prominent members of the community failed to dissuade those ISIS members from destroying the library.

The library was not the only target of the group in Mosul over the weekend. The Mosul University Theater and the church of Mary the Virgin were also attacked by the activists. A blogger from Mosul also suggested that there was strong evidence that ISIS activists were trying to obtain chemical weapons, as local residents were warned last month to keep their windows and doors closed after preparations by ISIS to prepare a chlorine bomb went wrong.

Things are not just bad in Mosul, however. Raqqa, the city that ISIS considers the capital of its caliphate, has been described as nightmarish as well. Abu Ibrahim al-Raqqawi, the named used by a medical student and activist against ISIS, has described life there for residents as consisting of airstrikes, dozens of executions, forced marriages to ISIS militants, and forced blood donations. ISIS also has not hesitated using torture against captured enemies. There have dozens of executions, with charges varying from fighting for the Free Syrian Army to being homosexual.

ISIS fighters are enjoying a life of privilege, being granted considerable money and the nicest homes and cars. For the rest of the people within the city,  however, it is nightmare. According to al-Raqqawi, passports are confiscated. Those who try to escape the city are immediately killed, and rumors of these killings have become widely circulated. Some of those people executed by ISIS have been crucified.

Raqqa had formerly been known as Syria’s most liberal city. Now, al-Raqqawi suggests that the city is more like an overgrown prison, particularly for women. There have been reports of hundreds of women being forced into marriage with ISIS fighters. Some local militants have several wives, while some also are actively pursuing sex slaves.

ISIS has also spread their brutality in northern Syria recently, as well. An estimated 150 Assyrian Christians were abducted and are being held by militants after a raid on Tuesday. Even though ISIS itself did not confirm the captures, human rights groups have confirmed that at least 150 Christians were captured by the group following raids at dawn in several rural villages.

Syrian Kurds have launched attacks against ISIS over the weekend, with the backing of the air strikes led by U.S. forces, as well as the Iraqi peshmerga. ISIS militants have been losing some territory recently, with the most famous defeat being at Kobane, a Syrian city near the border with Turkey. However, retired Jordanian general Fayez Dwiri said that in an effort to try to alleviate pressure on those areas where ISIS lost ground, militants have tried to open up new fronts in the war, thus assuring that their brutality will continue to spread for the foreseeable future.