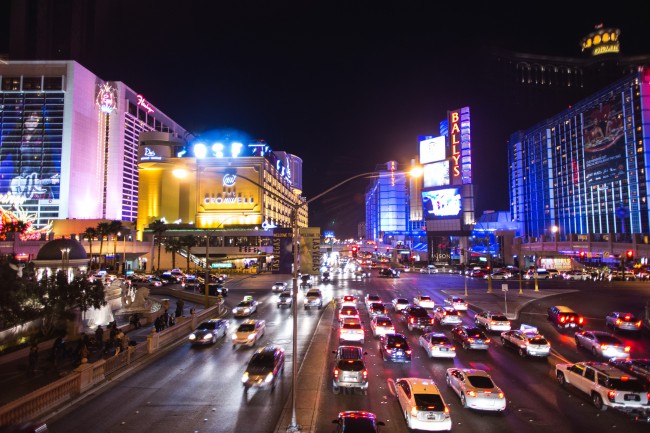 The city of Las Vegas will welcome Jeb Bush Monday, March 2. One of the most talked about and potential nominee of the Republican Party for the 2016 US. Presidential election, Jeb Bush, will pass through Las Vegas. Many presume that with this visit by Jeb Bush to Las Vegas, he sets in motion, the campaign for his run for the White House. Bush will be speaking at an event, to be held the Mountain Shadows Community Center in Sun City, Summerlin, Nevada, which is located a stone’s throw away from Las Vegas. The event will be open for everyone in Las Vegas and is scheduled at 12:30 P.M. to 2 P.M. PST.

Bush had been to Las Vegas nearly a year ago, when the former Governor of Florida delivered a speech for the students at the Advanced Technologies Academy in Las Vegas, Nevada. He has organized a preparatory board for his presidential campaign. He has begun showing his presence in the cities and states usually regarded as ‘swing states’, including Las Vegas, Nevada during the Presidential elections in the U.S. Bush praises his work as governor which includes the introduction of tax cuts in the state of Florida. It is expected that Bush might make certain declarations about the funding of DHS at the event in Las Vegas.

It will be worthwhile to see how Jeb Bush chooses to address the crowd, when he visits Las Vegas Monday. Bush stood 5th at the straw polls at the Conservative Political Action Conference (CPAC). The results were announced Saturday, February 28. Bush received a meagre eight percent of the votes at CPAC. He lost out to the present Senator of the Commonwealth of Kentucky, Rand Paul and Governor of Wisconsin, Scott Walker, who stood first and second respectively at the straw polls. 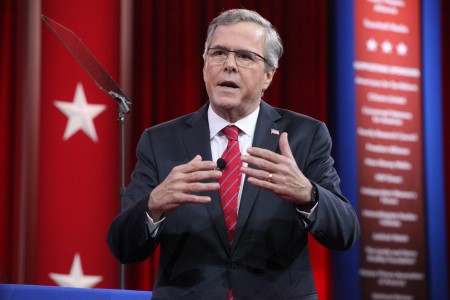 Bush demonstrates to his onlookers that he ran for the office of governor as a conservative. He also states how he fulfilled his pre-election promises. Bush further attempts to engage the activists supporting the GOP, who are displeased with his agenda and his take on the immigration laws, educational reforms, and other policies. At Friday’s Conservative Political Action Conference (CPAC) all the potential nominees of the GOP for the 2016 U.S. Presidential elections, pledged to the activists supporting the GOP, that they would seek fierce and defining combative action through military to counter the cancerous expansion of global terrorist networks.

The candidates pledged, that if elected, they would do all it takes to neutralize the spread of global terrorism, along with a restored need of the U.S. military and ground troops in the Middle East region. Bush encouraged the recourse of deploying the U.S. military might to battle the terrorist group, Islamic State of Iraq and the Levant (ISIL) specifically with the presence of U.S. intelligence and Special Operations forces. Former Governor of Texas, Rick Perry described the terrorist group saying that since communism, it was the worst threat to freedom. He also refused to negate the possibility of sending the U.S. military and ground troops. Since Nevada is considered a swing state in the U.S. presidential polls, Jeb Bush’s address would be interesting when he visits Las Vegas on Monday, March 2.