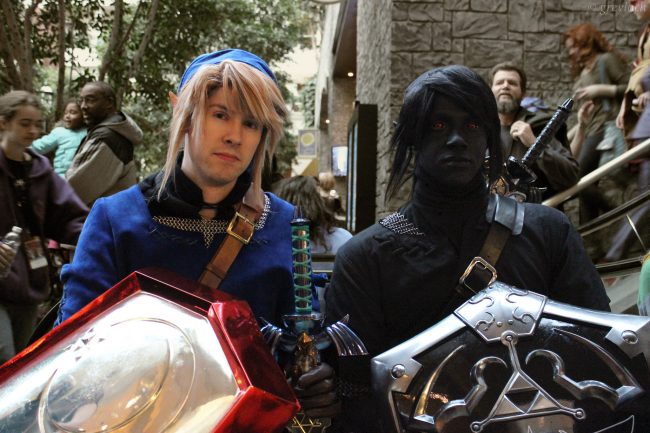 Netflix gambled on starting original content when it ordered two seasons of House of Cards back in 2011. Its success has opened the door to other original series like Orange is the New black and the upcoming Daredevil series. The latest original series Netflix plans to make is a show based on Nintendo’s Legend of Zelda.

Details are still scarce at this time, but it has been revealed it will be live action. The world setting has also been hinted at, described as a family friendly fantasy in the style of Game of Thrones. Other than cosplay, The Legend of Zelda has never been a live action series. It will be intriguing to see a game series with twenty some odd games make the move into live action.

Nintendo itself will be a hurdle, as they are known for keeping a tight grip on their characters. When Bowser was portrayed in Wreck it Ralph, his fireball belch had to be just right. Word is Netflix is working close with them though, so that shouldn’t be a major concern. Combined with the fact Netflix has made successful original series, having Nintendo on board to make a Legend of Zelda series is a must.

The Legend of Zelda’s main character Link presents a challenge as well, as he is notorious for never speaking. A live action TV show with a mute male lead presents a number of difficulties. Will Link finally speak? Legions of fans would likely be split on whether he should or should not.

There are some good signs for the series. Netflix is expanding its reach globally; this includes plans to stream in Japan, Nintendo’s homeland. A global audience may be just what The Legend of Zelda series needs. Given that, Netflix definitely seems a good choice for the series.

The proposed series is still in its very early stages, as no writer has been announced. Still, the announcement is intriguing; Nintendo is in need of branching out its brand, and Netflix may prove a good platform for them. Rabid fans will certainly put the series under intense scrutiny. Zelda Williams, daughter of Robin Williams who was named after the princess from the video game, already has. In typical tongue in cheek style befitting a daughter of the legendary comedian, she tweeted that glorifying the destruction of clay pots and beating chickens is but one hurdle for the show.

If the proposed series survives to stream on Netflix, it is sure to make a big splash. Whether that splash will be critical acclaim or an embarrassment for Nintendo and their silent hero, is anybody’s guess. Netflix will definitely make waves as it seeks to create a live action Legend of Zelda series, whether they want to or not.