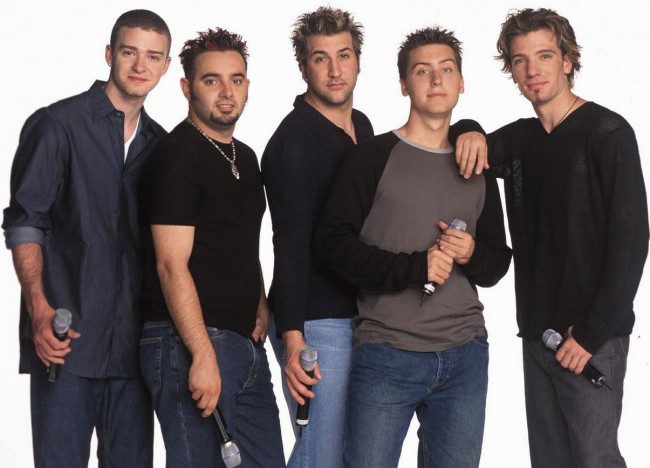 One of the 90s most popular boy bands, *NSYNC, will reunite on the 40th anniversary of Saturday Night Live television special, to be aired on Feb. 15. Although there are quite a few musical guests scheduled for the SNL40 celebration, the reunion of Justin Timberlake with the rest of the band will be a major draw for those who came of age during the 90s.

Although Timberlake, who has been a frequent – and popular – guest of Saturday Night Live throughout the years, was scheduled to perform on SNL40 solo, a tweet on Feb. 14 on the official Twitter account of *NSYNC which read, “Together again…Gee, it’s good to be together again,” with the hashtag “SNL40,” let the cat out of the bag. If the tweet, which plays on the name of one of their hits, Together Again, is true, the band will play together for the first time since 2013, when they reunited on stage at the MTV Video Music Awards. In the rare chance that the tweet was just meant to mess with their fans, the New York Daily News is reporting that their sources have confirmed that the reunion will happen, and Entertainment Weekly has confirmed the appearance with NBC.

*NSYNC is made up of Lance Bass, JC Chasez, Joey Fatone, Chris Kirkpatrick and Justin Timberlake. The band was formed in 1995 in Orlando, Florida, and was launched by BMG Ariola Munich in Germany. After a public legal fight with their former manager, Lou Pearlman, and their former label, Sony BMG, the group released their sophomore effort, No Strings Attached. The album sold over 1 million copies in one day and 2.42 million in one week. The group’s popularity led them to a host of Grammy nominations and high profile performances, including shows at the Olympics, the Super Bowl and the World Series.

Although the band announced they were taking a “temporary hiatus” in 2002, *NSYNC never recorded any more new material. In 2006, the band’s website was taken down, but it was not until 2007 that official confirmation of the band having broken up was made. During their run, *NSYNC sold over 50 million records. They are ranked as the eighth best-selling boy band in history, and their overnight success was named by Rolling Stone in their list of Top 25 Teen Idol Breakout Moments. Among the songs the band’s rabid fans hope to hear on SNL40 are Tearin Up My Heart, Pop and the perhaps number one song associated with the band, Bye Bye Bye.

Teens in the 90s who were more loyal to rival boy band, The Backstreet Boys, will not be disappointed by SNL40, as the band is also scheduled to perform on stage as part of the anniversary celebration. The special is jam-packed with celebrities who are scheduled to attend. Former Saturday Night Live cast members-done-good, Jimmy Fallon, Tina Fey and Amy Poehler, are on the guest list, as are musicians Ariana Grande, Arcade Fire, Paul McCartney, Rihanna, Taylor Swift, Kanye West and Jack White, along with many other of the entertainment industry’s bigwigs. SNL40 is scheduled to air on Feb. 15 on NBC from 8:00 p.m. to 11:30 p.m. ET.