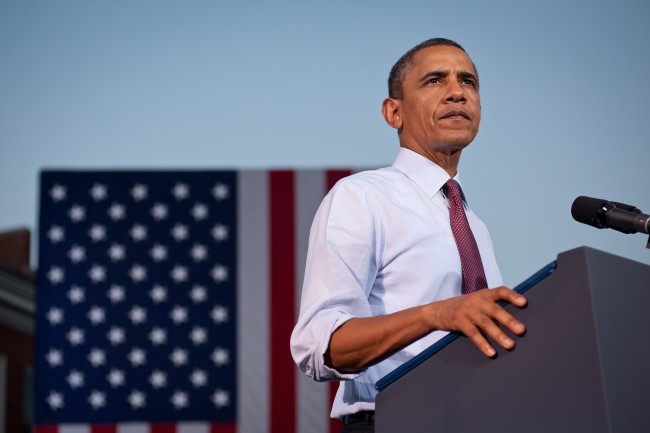 On Wednesday morning, President Obama sent Congress a request for military authorization against the Islamic State in Iraq and the Levant (ISIL). Anticipation for his request has been building for the past few weeks, and now that it has been made, Republicans and Democrats are not hesitating to make their opinions known. This draft Authorization for the Use of Military Force (AUMF) is the first to be presented to Congress since 2002.

President Obama has made it clear that the resolution is limited in scope. In an address on Wednesday afternoon, he explained that he is not in favor of “another ground war like Afghanistan or Iraq.” The AUMF will be valid for only three years unless Congress decides to renew it. It also includes a requirement for semi-annual reports to Congress on the actions taken regarding it. In addition, the new AUMF includes a clause that would repeal the one from 2002 that authorized the Iraq War.

The President cited a number of reasons that he believes the AUMF is necessary. He referenced the deaths of James Foley, Steven Sotloff and Kayla Mueller. ISIL’s actions against U.S. citizens and interests in the Middle East as well as threats of international terrorist attacks were also deciding factors. President Obama has stated his intention to draft a formal AUMF in regards to ISIL since the United States began air strikes in Syria. He wants the U.S. government to show a united front against its enemies.

While many lawmakers agree that Obama’s request for military authorization against the Islamic State is necessary, criticism of its language has been rampant since it was received Wednesday morning. Republicans worry about the limitations the President has placed on military action in the Middle East. They believe that the United States needs a comprehensive policy that does not place undue limits on the military and “make it harder to win.”

Congressional Democrats, on the other hand, are worried about the vagueness of the prohibition on “enduring offensive ground troops.” Senator Dick Durbin believes that the terms need to be better defined. “What’s enduring?” he asked after a briefing on Tuesday, “What’s offensive?” Some Democrats believe that the authorization in its current form places too few limits on ground forces and the geographic area that it will cover.

Another point of contention has been the clause that repeals the Iraq War authorization from 2002 while leaving the much broader 2001 AUMF that followed the September 11 attacks in place. Democrats believe that the choice to leave the 2001 authorization in effect makes little sense considering that Obama seems to be making an effort to place boundaries on the conflict with ISIL. The President has explained in a letter that he would like to work with Congress to revise and eventually repeal the 2001 AUMF.

Lawmakers are also concerned about the term of the authorization, which will last beyond Obama’s term in office. Some say that the time frame alone might be reason to disapprove the authorization. However, now that it has been presented to Congress, President Obama’s request for military authorization against the Islamic State can be altered. Senators and Representatives will need to work out the details of an authorization that they have requested since the United States became involved in the campaign against ISIL.