Pets Ride on Amtrak Hopeful With a Passed Bill 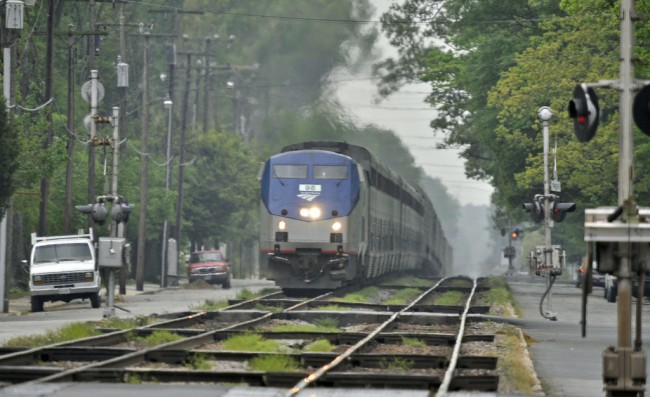 Pets and their owners are hopeful they will be taking a seat on Amtrak with a passed Congressional bill. It all started with Lilly, a 15-pound French bulldog. She and her companion, Republican congressman Jeff Denham of California,  travel occasionally across country from California to Washington, D.C. by plane. About two years ago, Denham decided to take the Amtrak instead because he was looking to cut some expenses. He quickly found out that they were not welcome on the train, only service dogs. He’s been trying ever since to change that policy.

Representative Denham is the House subcommittee chairperson that oversees the agencies that regulate the nation’s railroads. Denham believes that small pets in their carriers should be allowed to accompany their pet companions. He also believes by leaving the vehicle at home and being able to bring one’s pet along with them, instead of leaving them at home, will encourage people to travel by train. The result of this would be less congestion on the overcrowded roadways and it may bring in another revenue stream to this facet of public transportation and help rejuvenate a service that has depended almost totally on taxpayers.

Amtrak could change its policy without going through legislation and agreed to roll-out a test run on two different routes in Illinois. The numbers are increasing as more people become aware of this added service.

With the increasing numbers and the statistics in place, Denham filed a bill that would require Amtrak to come up with a pet policy for passengers traveling less than 750 miles, he tells the Associated Press. “Members that have pets have a particular interest, but certainly we’ve picked up more and more support across the country,” Denham said of his proposal.

His pet proposal could also find its way into legislation being considered by authorizes due to how much money the federal government provides Amtrak. He is gaining ground in Washington, as more lawmakers are joining in on this bill. Twenty-four lawmakers have joined in the bill, from conservative California Republicans like Tom McClintock, to liberal Democrats like Mike Honda.

There are some concerns that Amtrak is carefully considering before rolling any policy out of this kind. These concerns include how long pets can travel before they need a bathroom break. The program running in Illinois currently has the pets traveling with passengers needing to have an advanced reservation and there is a $25 surcharge for.

There are other rules and regulations, such as the pets have to be 20 pounds or less, there is no getting out of the pet carrier, the pets and their companions are designated to a particular train car, and customers have to arrive 30 minutes before departure so they can sign a release agreement. Amtrak has the right to refuse and/or remove any pets that are disruptive or smell.

Various lobbying groups associated with the companions of the pets and the businesses that cater to these pets are also weighing in, according to the Associated Press. This will help the bill get passed for the hopeful companions and their pets to ride the Amtrak.

Pets Ride on Amtrak Hopeful With a Passed Bill added by enli.m on February 23, 2015
View all posts by enli.m →