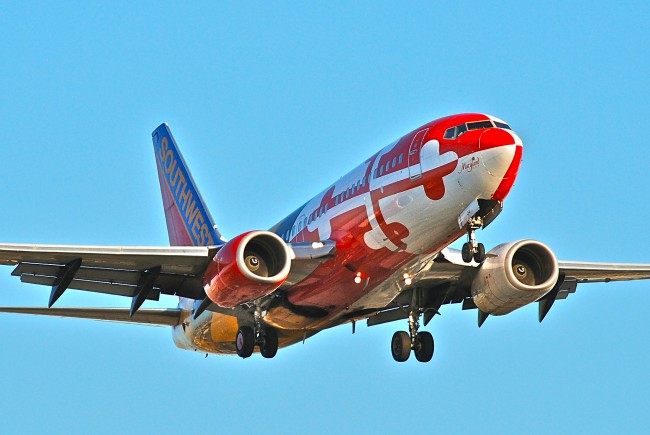 Southwest Airlines is still flying planes after missed inspections. Southwest notified the Federal Aviation Administration (FAA) on Tuesday that the backup hydraulic systems had not been inspected on 128 Boeing 737 planes.

Southwest Airlines initially agreed to ground these planes, which constitute one-fifth of its fleet, until the FAA gave their ruling. The carrier canceled around 90 flights on Tuesday for precautionary measures. Southwest Airlines Co., Boeing, and the FAA all set out immediately to get the inspections completed as quickly as possible, and the planes were allowed to continue to fly during this time up to a maximum of five days according to an FAA spokesperson.

Southwest Airlines on Wednesday gave an updated statement that the impact would be minimal. Southwest flies over 3,000 flights a day and, if the five day maximum is reached, this could cause a large number of cancellations across the nation.

The standby hydraulic systems serve as the final backup to two primary levels of equipment. Southwest Airlines stated that it takes about two hours to inspect each plane.  Professor John Hansman at the Massachusetts Institute of Technology stated that there is a complicated inspection schedule and a series of different progressive checks that these planes go through. He further stated that it sounded like it was an oversight on tracking.

Southwest Airlines, based out of Dallas, is the fourth largest airline and the largest operator of Boeing 737 jets. Southwest is also the world’s largest discount carrier, and the missed inspections by Southwest Airlines could still have a large enough impact on the bottom line profits/losses despite the airline continuing to fly.

Southwest Airlines could face a penalty or enforcement action by the FAA. This current situation, however, is not expected to have a large negative impact like the 2008 dispute with the FAA over missed maintenance check-ups did. Southwest Airlines and an FAA manager knew about the missed inspections involving the 46 jets used, and did not report them. Southwest agreed to pay $7.5 million in fines, which was a lot less than the FAA was asking for.

A year later, Southwest Airlines was allowed to continue flying jets that were equipped with unofficial parts while it worked to replace those parts. The FAA concluded that the issues did not pose an immediate safety threat  and allowed Southwest to keep on flying. Southwest is opposing a proposed $12 million fine the FAA has proposed for these violations.

The FAA is asking all carriers and pilots to voluntarily come forward with any safety issues or errors. The agency is taking a broader stance as accidents have become difficult to predict and increasingly rare. Essentially, the FAA is giving the airlines immunity for their openness if it finds that they did not mislead the agency and did not intentionally make errors.

Southwest Airlines came forward voluntarily to the FAA with the current missed inspections, and it was determined by the FAA that Southwest could continue to fly those planes. The FAA will investigate this issue further and make its recommendations at the conclusion of the findings.