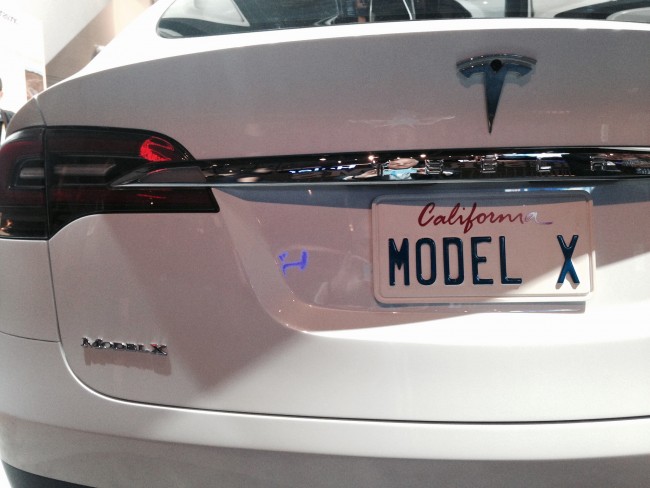 After a number of delays, the much-anticipated Tesla Model X has been seen on the streets. While there is a great deal of eagerness for this new all-electric model there is also some trepidation due to the delays caused by technical difficulties.

Recent reports imply the final design is complete. Also expected is that the final version of the Tesla Model X will be very much like the prototype. With pictures recently posted on Facebook, road testing is anticipated soon. The CEO of Tesla, Elon Musk said that using the prototypes for road tests contributes to the car’s final touches.

The Tesla Company has had tremendous growth in recent years and the release of the Model X is crucial. The share price reflects its amazing growth, even though the capital has vacillated as of late. That said, the industry is competitive like few others. One only has to look at what is offered by the top car makers to see that.

While the technology embodied in the Tesla Model X is supposed to be cutting edge, the delays have affected the stock. The company is embarking on something no yet done and with nothing to compare with, the analysts are being doubtful regarding the company’s assertions. Still the industry is competitive and the delays have worked against Tesla.

With recent reports that Apple, Inc. is busy hiring automotive experts possibly creating their version of an electric car and they were rumored to be buying out Tesla last year. With all that and Google’s foray into the automotive world, there is some stiff competition. The future of the automotive industry is clearly in the hands of technology experts.

That said, the company is moving forward to their launch. So there should be more people seeing Tesla’s Model X prototype being tested on the streets of Fremont, California. It is exciting news that a cool, electric car is so close to reality not only for the company, it is exciting new for the people awaiting their pre-ordered Model X.

Musk said that they are on track for the release some time in the third quarter of this year and begin delivery cars. While earlier promises have not happened, testing the car on the road is encouraging to those anticipating its arrival.

Seeing the Model X supports Musk’s proclamation in the shareholder letter from December, that he had more than 30 beta models ready to undergo testing. A promise that appears to be fulfilled.

With all of the attention on electric cars and the technology going into them, the landscape of the future will be changing at a rapid pace. The promise of cleaner fuel to propel humans from one place to another offers possibilities for better environment.

Whether Apple is in the car business or not, Tesla is generating interest with the glimpses of Model X as it is road tested. Additionally they plan to have a factory up and running by the end of the decade to produce enough batteries for 500,000 vehicles.