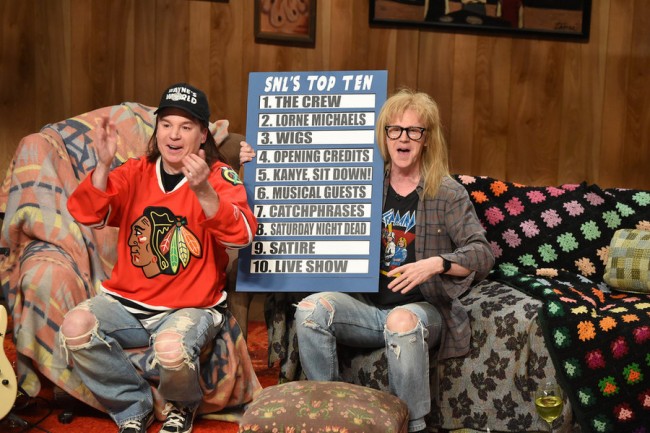 The Saturday Night Live 40th Anniversary Special got started off with a schwing when Jimmy Fallon and Justin Timberlake sang the history of Saturday Night Live in rap music, but the comedians who gave the show its original schwing were Mike Myers and Dana Carvey. The SNL special showcased hilarious comedy skits over the four decades of its existence, and some great musical highlights, as well. 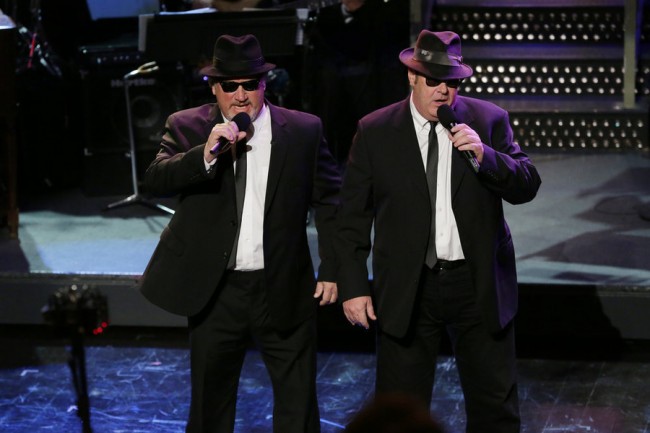 Paul McCartney’s rendition Sunday of Maybe I’m Amazed was one of the musical highlights of the evening, as was a look back into the past of The Blues Brothers, John Belushi and Dan Aykroyd, performing. Tina Fey reprising the iconic Land Shark routine Laraine Newman was originally in by also getting eaten by one as she did a Weekend Update was another of the many memorable skits during the three-and-a-half hour long Saturday Night Live special. 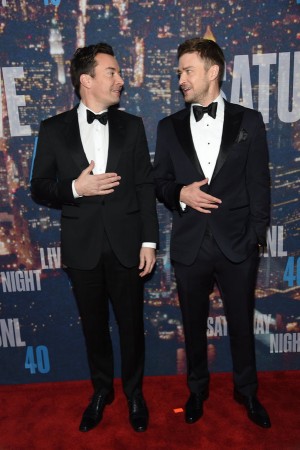 It was great to see Saturday Night Live guest hosts and regulars from the past, like Steve Martin, Billy Crystal, John Goodman, James Franco, Eddie Murphy and Betty White on hand. Also, Jerry Seinfeld took questions from the audience and delivered a joke at the expense of NBC News anchor, Brian Williams, saying that Williams had told him he had hosted Saturday Night Live back in the 1970s.

Dakota Johnson from Fifty Shades of Grey, who will host Saturday Night Live on February 28, asked if the audience had any hosting tips for her. Larry David was also on the special, wondering if it was true that he had actually been a writer on the show. He was, but just for one season.

Mike Myers and Dana Carvey were terrific in the skits they did together, especially in the Wayne’s World ones. They were back on the Saturday Night Live 40th Anniversary Special, as well, doing a Wayne’s World skit. Will Ferrell was yet another comedian who used to be a cast member on Saturday Night Live, and was seen in a skit as the host of Jeopardy, Alex Trebek. 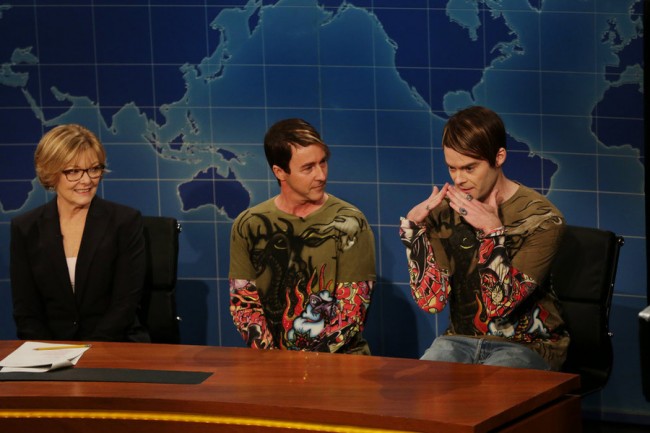 The Saturday Night Live special was kicked off by Jimmy Fallon and Justin Timberlake doing a history of SNL catchphrases through a rap song, which can be seen in the video clip below. Fallon acted like he was going to do a soft-shoe routine, then Justin Timberlake came onstage, and they both launched into the rap song about SNL catchphrases, like “Cheeseburger, cheeseburger, cheeseburger,” “Schwing,” “More cowbell,” and “I live in a van down by the river.” In the song, they also mentioned memorable characters past cast members had developed, like the Coneheads, Gumby, Mister Bill, and others.

Their song about SNL catchphrases was interrupted a couple of times, once by Rachel Dratch in her role as Debbie Downer. She mentioned that usually shows that open “with a musical number translates to a sharp drop in ratings.”

It was also interrupted by Molly Shannon dressed up as one of her most famous characters, Mary Katherine Gallagher. She said that the sound of cowbells made her nervous. She placed her hands in her armpits and sniffed them, then held her hands out so that Fallon and Timberlake could also get a good whiff.

The Saturday Night Live 40th Anniversary Special was long, but it was a hilarious look back into the past four decades of the NBC show, and also a look at the present cast and what might lie in the future, when Dakota Johnson hosts. Younger viewers also got the chance to see Mike Myers and Dana Carvey and what gave the show its original schwing. To see the video of Jimmy Fallon and Justin Timberlake rapping, check it out, below!