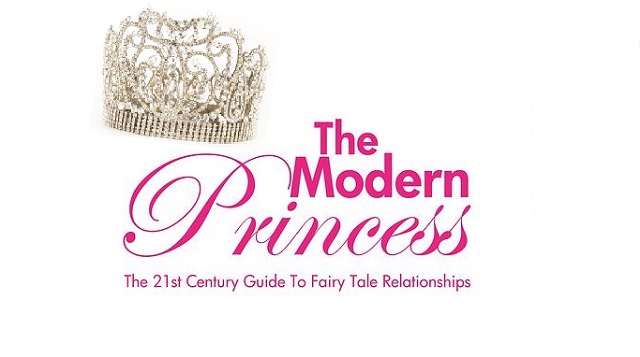 The Modern Princess: 21st Century Guide to Fairy Tale Relationships is all about girls growing up to be women and finding love. What do Belle, Dorothy and Snow White all have in common? They had issues with the men in their lives! Don’t miss your chance to learn the lessons they overlooked in this 21st century guide to fairy tale relationships by author Early L. Jackson, Jr.

Early, CEO of New Direction Coaching Associates, is a life coach with an emphasis on Life Adjustment & Transition. Early is acclaimed for his work as an author, speaker and life coach who loves working with individuals, couples, families and professionals in designing and living extraordinary lives. He has a special ability to build and strengthen leaders, while developing people to a life of happiness with deep, lasting 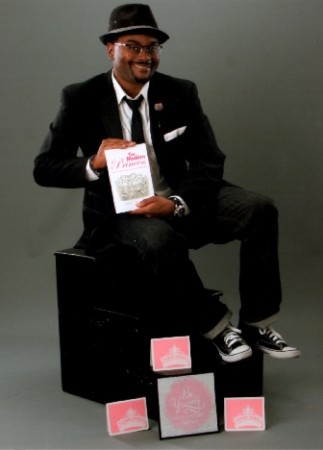 Life and relationships can be difficult. Most would agree that this is a gross understatement. It is this fact that compelled Early to write a relationship self-help book. I had the privilege of interviewing Early, who has written four self-help books, and during our conversation he shared valuable principles on love, relationships and how his most recent book, The Modern Princess: 21st Century Guide to Fairy Tale Relationships came to be.

As readers journey through the pages of this book one thing they are sure to learn is men and women are very different. They have different priorities, passions and outlooks. Neither is better or worse, just different. Relationships are about mutual sacrifice and that does not mean giving up something you love for the person you love. It is about compromising your needs while complimenting the needs of the one you love. It is not giving up as much as it is giving to.

Cherese: What prompted you to write a relationship book for women?

Early: Well it really all started with a casual conversation with my youngest daughter. We were joking about how much Disney videos she forced me to watch and how I can sing just about all the songs. While laughing, she began to mention how mean a boyfriend The Beast made to Belle in Beauty and the Beast. She went on to say no one should make you feel afraid. Instantly a light bulb went off! I wrote a blog shortly after about fairy tale relationships. After that got momentum I decided to develop a book about fairy tales and how we relate to them. This book is geared toward women who are ready to walk from fantasy and face the realities of relationships.

Cherese: As a coach, what are some basic pitfalls you have observed from clients as it relates to love?

Early: I have had the privilege of having a unique coaching relationship with women. For some reason, it has been a recurring theme in my practice. It was a natural progression to integrate relationship coaching to what I offered. One thing I can see popping up often is the strange love affair with potential. You will never know the power of potential until it is in someone you have fallen in love with. Most women I coach are having a difficult time navigating their mate’s potential and how long they should be patient. Here’s the deal, you have to date and develop with the person you see, not the one you wish they would become. When you blur that boundary, you simply open yourself up for disappointment and frustration.

Cherese: If you could narrow it to just one; what is one dating secret you would like to share with single women?

Early: One secret I would share with the ladies is also one word – Options! We live in a society that continuously mislabels women who have decided to keep their options open and get to know different people while their male counterparts are called “eligible” bachelors. As a sophisticated and professional woman you have the right to both understand your worth and seek to be with someone who shares that belief. Reading The Modern Princess will empower you to meet and qualify a potential guy who meets your standards. 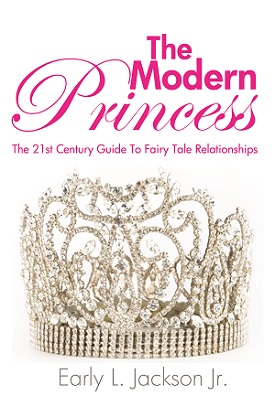 Cherese: You mention quite a few infamous characters; can you briefly share how they fit into your book?

Early: The book starts with Belle and her love for the “bad boys.” Belle represents the type of woman who is obsessed with converting a bad boy into a prince. She insists her time and will even put herself in harm’s way just to have the satisfaction of changing her man for the better. But in reality, no man changes for any other substantial reason than for personal development.

Next, there is Dorothy from Kansas. She ends up in a storm because she was chasing her dog. Now ask yourself, how many women do you know who have ended up in a storm because of a dog? But deeper than that, Dorothy is the girl who is obsessed with potential. Every guy she meets on her journey is missing something, but has potential. He does not have a brain, heart or courage but he is handsome. What she never seems to understand is that no man or “wizard” will ever match the power she already possesses. Hopefully she gets it soon that she has the power to change her situation any time she wants.

Lastly, there is Snow White. Now she is interesting because she represents a woman who likes to have a man she can “mother.” She will play house with a bunch of zeros and never understand that a zero has no value. Their only function is to serve as a place holder between “her” parentheses. If she wants to meet a quality guy, she has to get rid of the zeros, who are simply space holders.

Cherese: Can you sum up how lives can be changed by your relationship book?

Early: Information is power. I’ve seen a ton of women seek advice about how a man is behaving in the relationship from other women in their circle. The issue with that is they can only share what they believe to be truth. To know what the real deal is, you’ve got to talk to a man about a man. I am a father of three incredible young ladies and all I have ever wanted for them was to meet a guy who has matured and developed past the games all guys understand. Now I want to take this tried wisdom and share it as an open manifesto to empower woman around the world.

I think the important thing to remember is that relationships are about transition, growth and the journey. Along the way we will find things to point out with both partners…but it should not be a malicious thing at all. Love stretches us, love causes us to develop, but it is also about our willingness. You know it is right because it will not bring shame to you. Guilt is “I did something wrong” but shame is “I am something wrong.” If it begins to make you feel uncomfortable or always on the receiving end of correction, it may be time to have that honest discussion and let them know that you appreciate the opportunity to grow, but their delivery is not good.

Cherese: I really enjoyed speaking with you and I fully understand why you are considered an expert in relationship therapy. Thank you so much for taking time out of your busy schedule of helping others to share with the readers of Guardian Liberty Voice.

Early is profoundly recognized as a Social Activist who has worked to bring balance, skill, relevance and understanding to people for more than 20 years. After effectively overcoming a stretch of drug addictions, Early has highly developed himself to become a successful life coach. As a result Early has had the opportunity to speak at many prestigious educational institutions, on Carnival Cruise line and recently had the honor of being a presenter for TEDx Hampton Roads, a subsidiary of the international Ted Talks brand. As an educator, conference and seminar host as well as a radio and television personality, Early has helped many embark on new journeys and experience higher success in their lives, families and businesses.

The Modern Princess: 21st Century Guide to Fairy Tale Relationships can be purchased at mainstream bookstores across the globe and at www.TheModernPrincess.Org. Stay tuned for more informational articles with Coach and Author Early L. Jackson, Jr. In the interim you can find him at www.earlyjacksoncoaching.com and on all social media platforms.