The Originals Gets Its Own Spin-Off 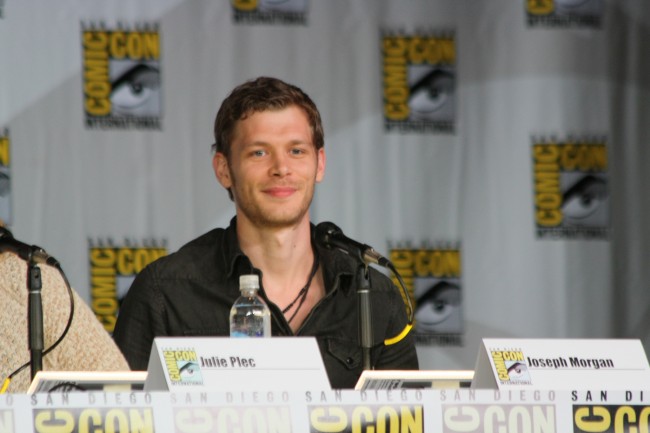 The Originals has gotten its own spin-off. Rather than on the TV, this time it is in books. It follows the success of the likes of Buffy the Vampire Slayer, Charmed and Veronica Mars. However, it is one of the first times a spin-off of a popular TV show has gotten a spin-off of its own.

The Originals was the spin-off of The Vampire Diaries. It took the once bad guy, Klaus Mikaelson, to New Orleans, along with the rest of his siblings and werewolf Hayley. The show quickly got into the whole reason Mikael got back on the tail of his vampire children and told the story of Klaus’ affection for a young boy, Marcel.

Despite flashbacks, there are still a lot of stories about the Original Vampires that have not been shared. Flashbacks only occur when they are set to help the ongoing storyline in the TV show, and there are limits to what can be shown. With fictional books, things are very different and Julie Plec has shown that.

The new spin-off for The Originals has been written by the show’s creator, Plec. That does mean one thing: all the details of the past will be correct. It is a twist for the show, considering The Vampire Diaries was based on a book series by L.J. Smith.

The Originals: The Rise was released this week and there are two more books planned. The Loss will be released on March 31, with The Resurrection coming two months later. The stories will take a look at the three Original siblings, and will be set in New Orleans in 1722.

The Originals will get its own spin-off to tell the full story. Many know that the family settled into the town when it was a lawless city. There were werewolves and witches around, and the Mikaelson siblings, Klaus, Elijah and Rebekah, find themselves pulled into the danger and intrigue. The three continue to remain loyal to each other, but there are people out to destroy them.

This is not the first spin-off the series has gotten. Fans of Kol Mikaelson can watch him in his own web series, The Originals: The Awakening. The two-minute episodes focus on the past of the deceased-now-human-again brother.

The show has been picked up for a third season. It was among the eight shows that CW announced for an early pickup at the start of the year. It means another year of family drama and a war between wolves, vampires and witches. There is currently no information on when Plec will bring the series to an end. She hinted that The Vampire Diaries would end within the next three years, and the spin-off may end around the same time. The good thing about the spin-offs is the show will never really end.

For those who want to learn more about the past of the Original Vampires, the new book series is certainly the way to go. It tells the tales that are just mentioned in passing on the show. It is not the first time The Originals has gotten a spin-off, but certainly goes into more detail than Kol’s web series.