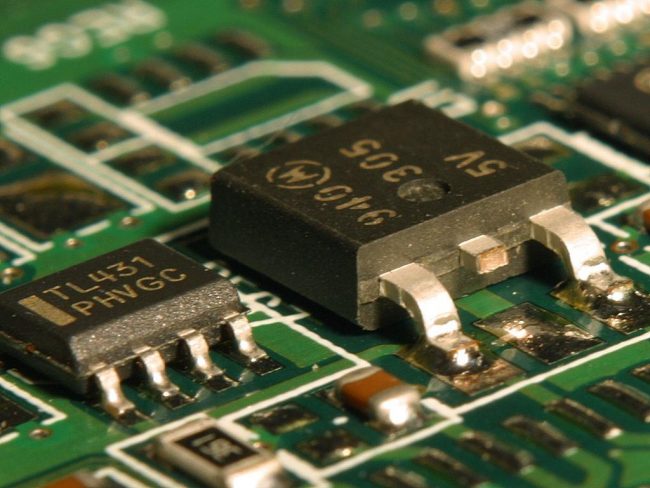 Researchers at the University of Texas in the Department of Electrical and Computer Engineering have recently used silicene, a two-dimensional allotrope of silicon, to make a transistor. Transistors are used to amplify electrical signals, so the development of transistors with silicene promises not only smaller and dramatically faster computer chips, but a new epoch for electronics. Because silicene is so thin (one atom thick), scientists had to work with material at an infinitesimal level. The researches were also faced with another challenge. Silicene is unstable when exposed to oxygen, so experiments would see adverse reactions if they were performed in the open air.

Nonetheless, Deji Akinwande, an assistant professor at UT Austin and his team joined up with Alessandro Molle, who works for the Institute for Microelectronics and Microsystems in Italy. Together they developed a new way to create a transistor in a limited oxygen environment and it was a success. Although there is still a great deal more work to be done, Akinwande is impressed so far. He says, “The major breakthrough here is the efficient low-temperature manufacturing and fabrication of silicene devices for the first time.”

Essentially the researchers made a silicene sandwich. Inside a vacuum chamber, after the vapor of silicon atoms was condensed onto a piece of silver, a layer of silicene was formed. Then, they topped the silicene with an extremely thin layer of alumina. With the protection of these layers the silicene could be safely transferred to an oxidized-silicon substrate. After some etching in the silver, the team was left with two metal electrodes and a ribbon of silicene between them. The next step of course is to keep experimenting and hopefully soon these transistors made with silicene will be used to give the world access to faster computing.

Not long ago, man-made silicene was only a theory, but there was speculation that it this idea could be realized. Molle, his co-workers in Italy, and other researchers have spent a number of years researching and developing the silicene nanosheets that were used in the creation of the transistor. Much of the research on silicon started with carbon. Carbon, in many ways, is easier to work with than silicon. The basic idea for silicene actually came from graphene, which is a one-atom-thick sheet of carbon. Science and technology have always been stair-step fields. That is, researchers have always used the ideas of previous researchers as a foothold and a building block to develop and produce new ideas.

If the transistors made with silicene are eventually developed into computer chips and faster electronics are made, many fields of science will benefit. Maybe one of them will be health care. A DNA transistor was used in helping map the human genome and implanted computer chips can be utilized for storing medical records, just think how much silicene transistors could help in spurring research within biology and genetics. Computer chips are also used in cars, cellphones, digital home appliances, and entertainment electronics. If developments with silicene transistors proceed, the world could see almost everything move a little faster.

University of Texas at Austin