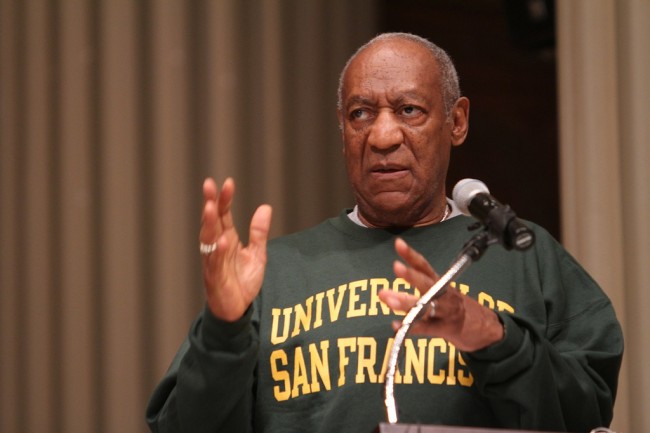 It is no secret that Bill Cosby has a lot on his plate after more than 30 women have accused him of rape. Cosby recently had a show in Baltimore that was picketed by protestors. Later in the evening a heckler stood up fifteen minutes into his performance and yelled at Cosby about the rape allegations. After multiple outbursts from the man security finally stepped in and removed the man from the audience. This must be a very hard time for Cosby, not only is he facing these accusations but his audience is slowly shrinking. Cosby is now facing new rape allegations from two different women.

Two women have recently come forward on Friday to state that they to were drugged and raped by Cosby. The drugging and raping are a common theme in all of the accusations. Margie Shapiro was one of the women who came forward. She told the press that she was assaulted by the comedian back in 1975 when she was 19 years old. At the time Shapiro was working at a doughnut shop in Santa Monica, California when she met the comedian. He then invited Shapiro to the set of a movie that he was filming at the time where the two spent the afternoon.

Afterwords he had invited her to the Playboy Mansion and attended one of Hugh Hefner’s famous parties. Sometime in the evening the two ended up in a rec room playing pinball. Cosby made a bet with Shapiro that whoever lost the game of pinball would have to swallow a pill. Soon after Shapiro ended up losing and took the pill like she was told, shortly after she lost consciousness. When she came to, they were both naked and he was already inside her. She claimed that she was not drinking during the evening. This is just one of the new rape allegations that Cosby now faces.

The other woman that is claiming that she was raped by the once respected comedian, is Sunni Welles. Welles met him through her mother, a story editor at Paramount. Welles had considered him to be a close family friend at one point. Back in the mid 60’s when she was 17, she was taken by her mother to join him on the set of I Spy. After the filming she was invited to watch jazz with Cosby, and she accepted because at the time she was an aspiring singer. When they were at the club he had ordered a Coke for her. Welles says that after drinking it she felt quite dizzy and passed out soon after. She woke up alone in a strange apartment and felt as though she had just had sex.

The new rape allegations that Cosby faces all seem like legitimate claims. They follow the same pattern as all of the other claims against the aging comedian. So far, Cosby has not commented on these new allegations, but his lawyers have all dismissed the claims made by the women. Most of the accusations have been treated as a joke by the iconic comedian, but there is no smoke without fire and with over 30 women coming forward, maybe it is time people start to demand some answers.