Bowe Bergdahl to Be Charged With Desertion 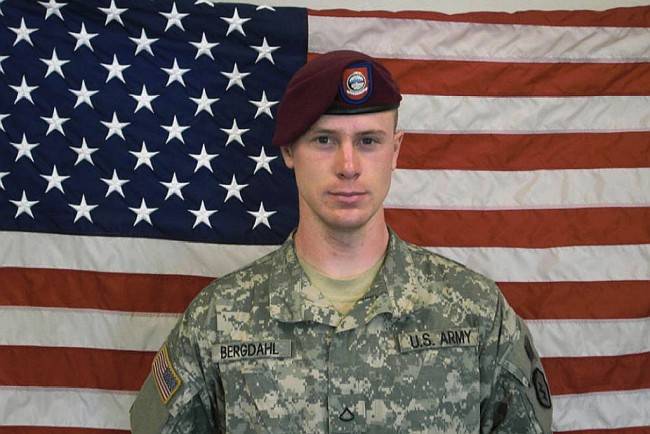 Bowe Berdahl, a Sergeant stationed in Afghanistan, was charged by the U.S. Army for desertion. Bergdahl was seized by the Taliban in the Paktika province on June 30, 2009 after having allegedly ‘wandered off’ due to his disillusionment with the war and with himself. During the time he was held captive by operatives of the Haqqani network, a group of insurgents with close ties to the Taliban, which operates out of Afghanistan and Pakistan. The army alleged that at least six of troops were killed while performing a search for him. Five years later, he was released in a prisoner exchange which involved five Guantanamo Bay detainees in what critics considered a controversial move.

When Obama moved ahead with Bergdahl’s release, he had failed to inform Congress of his order prior to the deal. This trade was further criticized, as people have blamed Bergdahl for putting his fellow servicemen at risk. Andy Andrews of Cameron, Texas told TIME in an interview that his son, Darryn was killed during routine patrol where he inquired locals about Bowe’s whereabouts. Furthermore, the prisoners who were released in exchange for Bergdahl were reported to be high-ranking Taliban members. Mullah Norullah Noori, Mullah Mohammad Fazl, Muhammad Nabi, Abdul Haq Wasiq, and Khirullah Said Wali Khairkhwa are known as the ‘Guantanamo Five’ or ‘Taliban Five’ and, according to Newsweek, are reportedly living a luxurious lifestyle in Qatar. Top intelligence officials fear that once their year of surveillance is up, the terrorists will once again return to the battlefield. Among the lawmakers critical of Obama’s decision was U.S. Representative Michael McCaul of Texas who serves as chairman of the Committee for Homeland Security. He deplored Mr. Obama’s move as dangerous for national security and that Obama put the country at risk by negotiating with hardened terrorists in exchange for a deserter.

When Bergdahl was released on May 31, 2014 in a prisoner swap, he was given a hero’s welcome where Obama invited his parents Jani and Bob to the Rose Garden for a celebration. The reaction of the White House sparked much anger from his fellow servicemen and their families. These people felt that not only had he deserted his unit and put fellow fighters at risk, but that his behavior even while serving was questionable as his entry into the armed forces had been unusual.

When Bergdahl joined the armed forces in 2008, several waivers were being granted to people with records of illegal drug use and health and legal issues. This was mainly due to the difficulty the army faced in gaining new recruits as well garnering support for the fighting in Iraq and Afghanistan. Two years prior to that, he had been discharged from the Coast Guard without completing the required basic training. And during his service in Afghanistan, colleagues stated he was a ‘loner’ spending much of his time poring through the Koran. While some say that this was for the purpose of learning more about the enemy, others suspect that he was ‘preparing’ for collaboration. In one of the charges being brought up against him, Lieutenant Colonel Ralph Peters alleged that Bergdahl, during his time in captivity, had been furnishing the enemy with tactical information. Desertion generally carries up to five years of imprisonment, but for his misconduct and possibly aiding and abetting the enemy, Bergdahl could face life.

An article 32 hearing will be held in San Antonio, Texas, where Bergdahl is currently stationed and performing administrative duties, and from there he may be referred to court-martial. However, due to the controversial waivers the army had issued back in 2008, such a move could put the Army at risk due to misconduct. It is likely that he will be dishonorably discharged and also be required to forfeit all his pay. However, some legal experts doubt he will serve a lengthy sentence outside his charges for desertion.

Bowe Bergdahl to Be Charged With Desertion added by ades.b on March 25, 2015
View all posts by ades.b →