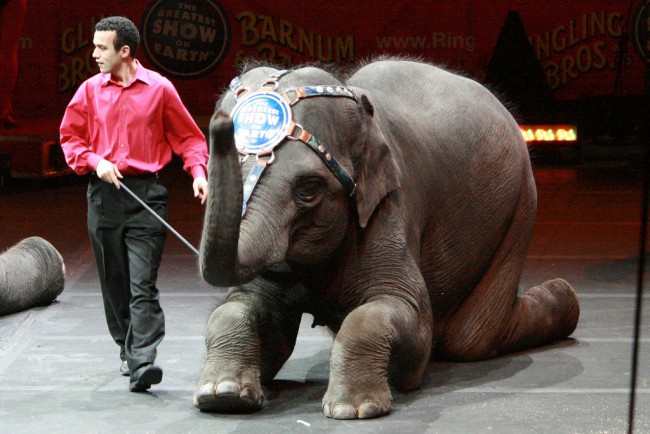 It is the dawning of a new era! At least in the magical, mystical world of the circus. Yesterday, Feld Entertainment announced that its three branches of Ringling Bros. and Barnum & Bailey Circuses would begin to phase out their most classic act, the enchanting elephants. The decision was made after what certainly has been a long-term, uphill battle for circus owners employing elephants and other animal acts.

The treatment of both exotic and domestic animals, which travel and perform with entertainment shows, has been under scrutiny for decades by prominent animal rights groups such as People for the Ethical Treatment of Animals (PETA) and the American Society for the Prevention of Cruelty to Animals. Lawsuits have cost corporations millions of dollars as a result of these acts being challenged by activist organizations. Although these activist groups may have good intentions, they have often sensationalized the truth when bringing information about the treatment of circus animals to the general public. In fact, in today’s circuses, there are extremely high standards in training and the overall treatment of performing animals. This is not to suggest that justifiably unfortunate circumstances never occur, however. Regardless, Feld Entertainment feels confident in their decision to lay the iconic elephant act to rest once and for all.

The incredible announcement hit mainstream news like a tidal wave, creating a buzz for the whole world to feed from. After all, elephants have been the major symbol of Ringling since its beginning over a century ago. Their popularity among audiences spanning North America has far surpassed that of other amazing feats of talent.

The news, however, is hitting hardest at home, referring to those who are born and bred circus performers. While it is always enjoyable to gaze upon their talent, the common public may not be correctly informed as to the reality of a performer’s life on a circus. Most of these people are born to performing parents. They grow, play, and learn acts while on the road. Many grow up beside circus elephants, bonding, playing, and performing with the magnificent animals. Veteran and current employees alike of Ringling are saddened by the news, claiming that the world of the circus is losing a large part of its original charm.

Ultimately, Feld Entertainment plans to phase out all 13 of their remaining performing elephants by 2018. The elephants will join 29 retired elephants currently residing at the Center for Elephant Conservation in Florida, a 200-acre refuge. Kenneth Feld, owner of Feld Entertainment, hopes to eventually open the refuge, which is near Orlando, so that the public can stay in touch with these beloved creatures. As “The Greatest Show on Earth” prepares to give a warm send off to its largest stars, circuses around the globe are likely to feel the effects of an elephant-less circus. Some show owners may decide to follow in Feld’s footsteps while others will hold onto a cherished tradition for as long as possible. Though, only time will tell. Until then, the show must certainly go on.