Guy Sebastian Hits Back at Eurovision Haters Re: Australia’s Selection 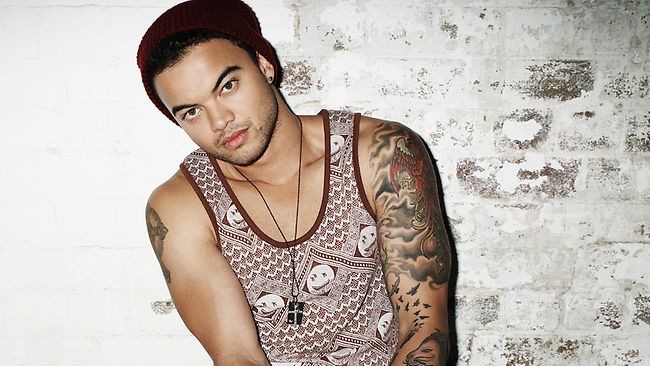 Guy Sebastian, who was recently chosen as the first ever Australian contestant to compete in the world-renown Eurovision Song Contest, is hitting back at haters that have taken to voicing their discontent regarding his selection. The 33-year-old has given the statement that their harsh words do not phase him in the slightest, because the amount of positivity that has come his way post-selection announcement has far overshadowed that of the nay-sayers.

Indeed, the reception surrounding the announcement that the ESC had chosen the former Australian Idol winner to represent the land down under for the first time in history was certainly full of mixed feelings. While Sebastian is correct that the people accepting his nomination and stating it would be a good idea were more plentiful than those who disapproved, the disapproval came in waves of heavy and somewhat overly hurtful comments. One Twitter user openly asked his followers how he would go about renouncing his Australian citizenship, as remaining part of the country with Sebastian representing it was not something this individual wanted any part in.

Various other users were united on their opinion that anybody else would have made for a better choice, citing their view that Sebastian was far less than original and had already been plaguing their radios and televisions with his bland vocal ability for over a decade. This thought process was also reiterated outside of social media, with a few articles popping up across the internet detailing the writer’s thoughts that, although Sebastian was not necessarily the most awful choice to represent the country, it was disappointing that someone with more charisma and individualistic value was not ultimately selected to participate.

Some have even compiled lists containing all the alternate individuals they feel would have been more suited to ESC 2015, most significantly Australian singer Kylie Minogue. In fact, the retaliation regarding Minogue not being chosen led to an online petition supporting the idea of her taking Sebastian’s place, and there is also another movement to disqualify Sebastian overall from representing Australia this year (the reason for this is not concrete, and seems to center mostly around the fact that so many dislike the idea and are not fans of the singer in the least).

Sebastian chose to deal with all the aforementioned negativity by way of quoting the record-breaking Taylor Swift hit Shake It Off, via the line “Hater’s gonna hate, hate, hate, hate, hate”. The Malaysian born entertainer says that his overwhelming excitement regarding his entry, coupled with the enormous amount of people who do support him and are overjoyed at his Eurovision participation, pushes aside any qualms he may have regarding not being accepted into the competition or winning said haters over.

Guy Sebastian has responded to the criticism of his Eurovision 2015 entry by finding his own way to Shake It Off, continuing to keep his head raised high and hunker down in preparation for the competition. Sebastian’s song choice has yet to be revealed, although the news is said to come out in the next day or two.

5 Responses to "Guy Sebastian Hits Back at Eurovision Haters Re: Australia’s Selection"